Over $100M and the Greatest Spy Apparatus Ever, And They Found Nothing on Trump or Family, And let's tie in 311 and 911 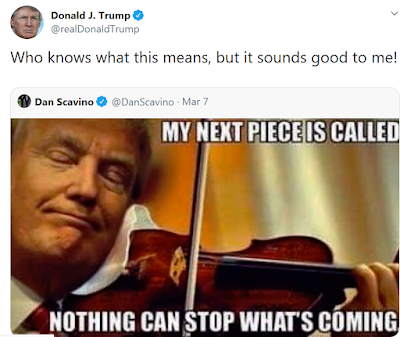 They spent well over $100M to try to find any dirt on him, and had the greatest spy machine ever
created and they did target him and everyone around him at least 2 layers deep.....And they basically found NOTHING on the Trump family, all their deep casting did dig up tainted Manafort.   But that is it.

The rest were people tricked into lying about something they never should have been asked about anyway, or things that were also totally fabricated.

Important days in our recent past

9-11 was both a terrorist attack and a controlled demolition. Proof is in the USGS debris sampling.


And on this 9th anniversary of Fukushima

I went through a few thousand Clinton Emails and drew an amazing conclusion.   Clinton visited Japan with the Kissinger goal of softening them up to NWO ideas.    She gave them a gift, the promise that America would accept any food that Japan sold them, without any testing for radiation.

Indeed, you were fed radioactive food, to accomplish Globalist objectives.


Clinton Email Prove She Made a Shady Deal With Japan on Kissinger's Advice, Buying Fukushima Radiation Infested Food W/O Testing