SARs-2 (Code Name COVID-19) Will Act Like SARs-1, Spring Temperatures Will Not Kill It, Ravaging USA Until July!! 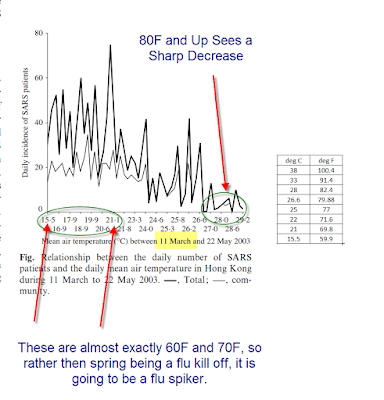 Hey, and 6 weeks later, here we are…..my own research…………Punchline First: Warming spring will not be the end of this virus like a normal flu or even the Avian Flu, This is SARs, much more heat tolerant.

We may need to hunker down until Mid to late July 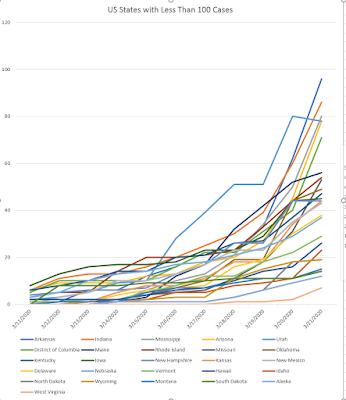 I suggest that extreme measures to avoid getting this are justified.

I wanted to get this out there quickly, so I am just going to publish without the backup

Normal flu and Avian Flu get killed off pretty quickly at 70F and up, like within 1 day, and even at 50F it starts to get killed off.

Not SARS, it's bad news, It needs 82F for a period of time (depending on the humidity, more humid is better) and up to be "inactivated". Inactivated means that it cannot reproduce.

SARS 1 in 2003 did not have the huge R sub 0 that SARS-2 has ==12 to 16. CDC was reporting 2.2 to 2.4, and kept towing that vacuous line even though it was OBVIOUS that this virus was much more viral. Leading me to believe that the CDC is a rogue Deep State organization filled with leftists.

SARs 1 only infected 8000 but it killed 10% of them.  It also came out of China, and China tried to cover it up, then China attacked doctors who tried to publish the truth, then China lied through their teeth about the real numbers (sound familiar?)

"They" are saying SARs2 has a death rate of just .5% to 1%, but all the reasonable data show rates of 6% to 8% and maybe higher. Bear in mind, more than 80% of those who got SARs2 have not been "resolved". Resolved meaning "cured" or dead. Those are the younger more healthy people, that take longer to die.

The bottom line? Don't get this! Don't become a spreader. Negligently becoming a spreader is pretty much the same as a manslaughter of our most vulnerable people.

And "Spring" is not going to fix this, we will be well into the middle of summer.    Plan your purchases and schedules accordingly.    If your plan is to buy stuff online, do it now,, that may eventually come to a halt.