Scary Space Rocks -- Very Odd, "They" Are Talking About An Air Burst Like Chelyabinsk, But This Rock is A Miss by 4 Million Miles, so WTF!? 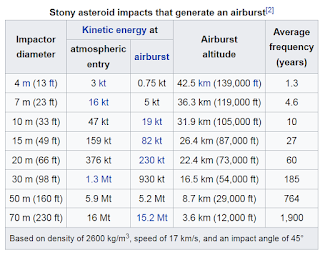 No, not the Tunguska event!

The Chelyabinsk Meteor that air burst in  Russia in 2013

So today's scary story is how this asteroid 2020EF could be an airburst, but don't worry it wouldn't likely make it to ground.....

And there is another BIGGER ONE!!!

So what gives?     Globalist media trying to add to the unease and panic??


An asteroid following an Earth-intersecting orbit was approaching  the planet, and data 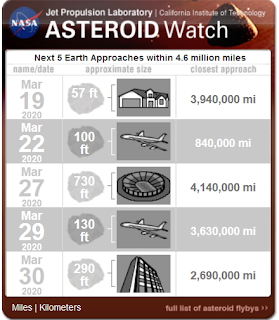 collected by NASA indicates it's big enough to create a violent explosion in the atmosphere should it come too close.

The approaching asteroid is being monitored by NASA’s Center for Near-Earth Object Studies, which is tracking the object, known as 2020 EF, at more than 10,000 mph.


A bunch of video views of the Chelyabinsk, notice the time, the meteor hits, 9:11 in the fourth view and screen capped below 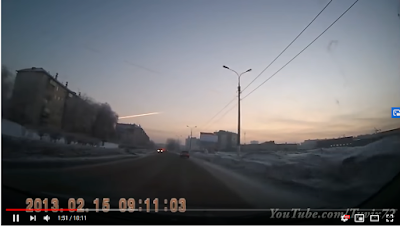