Serious Question: Are Dems Really That Dumb to Put A Full Blown Communist With Heart Attack, and A Deep State Dementia Patient With Continuing Creepy Actions For Pres 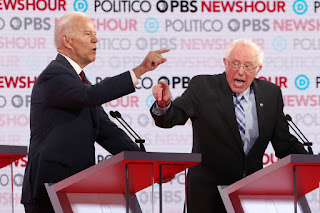 I can't understand this "strategy". 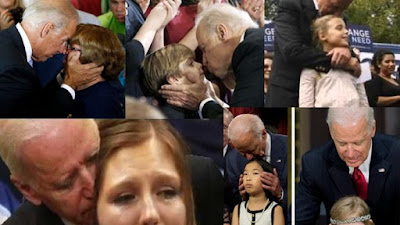 Are they really that stupid?

Because I find it hard to believe they are that stupid.   If they are doing this intentionally, then why?

Have  they decided that no matter what they do, Trump will win?   Even so, why this "strategy"

C'mon GOATS, throw down, this is important.

And another thought.....we are headed towards a 1 party system.   That will not turn out well.   What can we do to mitigate this?

Can the Libertarian party somehow ramp up and capture the fleeing Democrats (one of critical thinking ability at least?)

Similarly, good chance that Buttigieg was offered something of high value to bow out early


Yes, they are that stupid, but only to a point. Focus on the Vice Presidential contender. The Democrats know that neither Sanders or Biden will survive more than a few months in office, if that long. The VP is the key to their strategy because once the president is dead, and the VP advances to president, the VP appointed to that position will be one of their precise picks. As I've warned here before, watch for either Moochelle/Michael or Killery to be the VP contender. After Sanders or Biden die (perhaps helped along with a pillow or heart attack device), the new president and VP will be in control. And if, say, Killery ends up as president, she will only last so long until she is put down like the rabid animal she is and the appointed VP will become president and yet another will be appointed as VP.