So it looks like the Dems were forced into the corner and had to take the only choice, the only horribly flawed candidate 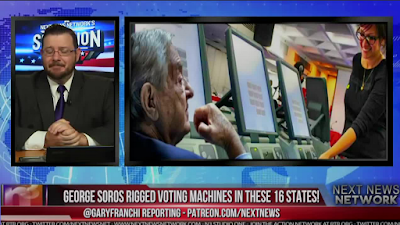 So it looks like the Dems were forced into the corner and had to take the only choice, the only

And all the voting machines were turned to "Biden"

And "They all know".   Not just about Epstein, Wexner, Big Moochelle, Weinstein.   They all know about Comey and where his "Higher Loyalty" rests.

Even though Comey endorsed Biden, the Biden campaign rejected that endorsement, showing just a little bit of game (but not yet meme worthy)

I wonder where they will buy the 4th house for Bernie, LOL

They all know that 6'-4" Comey walks free for now, as a traitor.   And they all know that the "machine" has decided that Bernie would lose in a never to be recovered landslide.    They also know that only the indoctrinated currently accept communism, and they don't really want full on communism....they want to keep up the illusion of a "free society" and just roll out their huge government by policy but without a name change.

The best slave is a slave who thinks they operate on free will, and functions as a "good citizen" ya der eh comrade.
horribly flawed candidate that had a chance of beating Sanders. 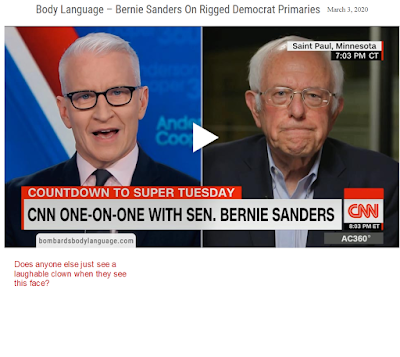 Oh, and the Establishment is happy, LOL.

The pretense that the stock market bounced back because of happiness about Biden.    That is kind of funny.

The graphic above showing the Soros controlled voting machines is real.    And Sanders continues on
thinking that his high moral ground needs no change in strategy, even in the face of the presentation of the news that the entire establishment is against him.

And the dem party line, which Sanders still throws down, Trump should focus on doing his job (and throws Corona) and stay out of our election.   i.e. stop pointing out that I am a communist.