Something Stinks About This Pandemic -- Did The Deep State Play What It Thought Was It's Strongest Trump Card? 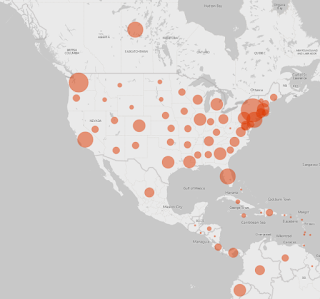 see Communist China was "invaded" by a US created bioweapon,

but the strength of the Communist party squelched the disease very quickly.

Authoritarian measures and large government control are the only way to control the masses.

Capitalism and the protection of the Stock Market, caused "Trump" to drop the ball (there is some truth to that methinks)

And this reader submits a link that rings well in my ears.....
And a thought that has been coming into my consiouness time and time again, just lately....."Science without spirituality is a cold road to hell, indeed"

"God said we must know truth from lies"
http://www.onediscipletoanother.org/id7.html

It does look like a bioweapon.    And there is a bioweapon lab in Wuhan.

Also suspicious even the name, the original name was SARS-CoV-2
They wanted it to be scary, unlike anything ever seen before.   And that is not the case, it is a SAR class virus.

And odd too that there is a pretty safe drug that has been around since the 1950's that shows dramtic improvement in hours, and that was know at least in early Feb, but no one bothered to tell the President until shortly after I published it on this blog.     Damn lurkers, they should at least chime in......

So there is a story here.    Maybe a pretty diabolical one.    Some normal people must know, I can't believe there aren't more whistleblowers.    Project Veritas has done great work.

And what of the Cruise ship passengers flown back to US on a commercial airliner, with only one airocnditioning system....meaning everyone exposed.   That looks downright intentional.

And the delays in testing in the USA?   Based on a "glitch" as reported by DrFauci with the much taller than himself wife who is a Trump hater.

And they want the public's help on this, see below.