stock here, I had heard of this arrest, but was not aware of just how horrible this was.    This effer was charged with "lying" and he needs to be charged with treason. 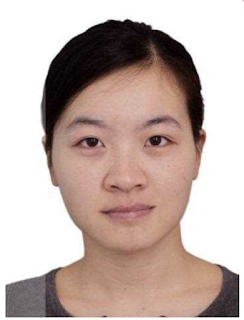 Summary, The Chair of Harvard's Chemical Biology Department, was getting 10's of Millions of US taxpayers money for research, but in 2011, he started getting paid $750,000 a year from the Wuhan University of Technology, and they handed him $1,500,000 for lab research.     This is China's modern version of Operation Paperclip.

His cohorts, in Boston, were 2 Chinese nationals.    One was Ye, pictured right, a Lieutenant in the People's Liberation
Army and a member of the Communist Party.  She was questioned at Logan airport, but released, and went to China, and later indicted.

Zheng was caught at Logan, with a bunch of smuggled vials, poorly packed in his luggage in a sock.   Wow.   He was detained, sheesh, good job FBI, duh!

Dr. Charles Lieber, 60, Chair of the Department of Chemistry and Chemical Biology at Harvard University, was arrested this morning and charged by criminal complaint with one count of making a materially false, fictitious and fraudulent statement.  Lieber will appear this afternoon before Magistrate Judge Marianne B. Bowler in federal court in Boston, Massachusetts.

Yanqing Ye, 29, a Chinese national, was charged in an indictment today with one count each of visa fraud, making false statements, acting as an agent of a foreign government and conspiracy. Ye is currently in China.

Zaosong Zheng, 30, a Chinese national, was arrested on Dec. 10, 2019, at Boston’s Logan International Airport and charged by criminal complaint with attempting to smuggle 21 vials of biological research to China.  On Jan. 21, 2020, Zheng was indicted on one count of smuggling goods from the United States and one count of making false, fictitious or fraudulent statements.  He has been detained since Dec. 30, 2019.

According to court documents, since 2008, Dr. Lieber who has served as the Principal Investigator of the Lieber Research Group at Harvard University, which specialized in the area of nanoscience, has received more than $15,000,000 in grant funding from the National Institutes of Health (NIH) and Department of Defense (DOD).  These grants require the disclosure of significant foreign financial conflicts of interest, including financial support from foreign governments or foreign entities. Unbeknownst to Harvard University beginning in 2011, Lieber became a “Strategic Scientist” at Wuhan University of Technology (WUT) in China and was a contractual participant in China’s Thousand Talents Plan from in or about 2012 to 2017.  China’s Thousand Talents Plan is one of the most prominent Chinese Talent recruit plans that are designed to attract, recruit, and cultivate high-level scientific talent in furtherance of China’s scientific development, economic prosperity and national security.  These talent programs seek to lure Chinese overseas talent and foreign experts to bring their knowledge and experience to China and reward individuals for stealing proprietary information.  Under the terms of Lieber’s three-year Thousand Talents contract, WUT paid Lieber $50,000 USD per month, living expenses of up to 1,000,000 Chinese Yuan (approximately $158,000 USD at the time) and awarded him more than $1.5 million to establish a research lab at WUT.  In return, Lieber was obligated to work for WUT “not less than nine months a year” by “declaring international cooperation projects, cultivating young teachers and Ph.D. students, organizing international conference[s], applying for patents and publishing articles in the name of” WUT.
Posted by Stock at 1:04 PM