Gates Gate: It's Time to Take This Cretin Down. Prime Responibility for "Common Core". 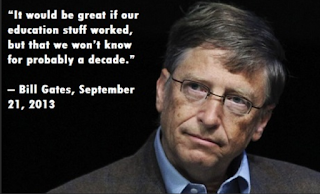 Wow.   I knew what a horrific thing Common Core is and was.   I have read the precepts in depth and they are beyond laughable, they are unimaginable.    I was not aware that Mr. Vaccine was responsible for Common Core.

The graphic is amazing...."hey we been doing this experiment on your kids for 4 years since Obama became president, and  we won't know for another 10 years, and it could result in a society incapable of thinking its way out of a paper bag, but what the heck, let's roll."

Ya, I like that about as much as the idiots who want to play God in the sky and load it with Barium, Aluminum and other waste products....Solar Radiation Management.

It is a "tool" to get kids to improperly not use the most efficient tools to get to the answer.   I can't explain it all here, and it would get too wordy.

The purpose of Common Core is to dumb kids down.   It can be seen in no other way.

We need to shut down The Gates Foundation.    Basically The Gates Foundation has been working hand in hand with the Cabal.     If you don't understand how Obama was recruited by  the Cabal and thrown into the presidency (after of course the market crashed and housing went bust....perfect time for people to want change).....well then you need to do your homework.

After Obama took office in Jan 2009, Gates immediately started pushing "Common Core" a one size fits all Obamanation of a joke.    Obama worked hand in hand with Gates as one team, even sharing employees back and forth, which just seems wrong to me.

Gates admits in this 2017 article that Common Core "made no progress".   The reality is that it did incredible damage along with the other indoctrination methods that set up a generation for being for poorly ready for life.

When they talk about a "pivot" to something else, you can rest assured, a lousy plan does not need a pivot, it needs a ground up overhaul.

“Based on everything we have learned in the past 17 years, we are evolving our education strategy,” Gates wrote on his blog as a preface to a speech he gave last week in Cleveland. He followed this by detailing how U.S. education has essentially made little improvement in the years since he and his foundation — working so closely with the Obama administration that federal officials regularly consulted foundation employees and waived ethics laws to hire several — began redirecting trillions of public dollars towards programs he now admits haven’t accomplished much.

And remember this name.....Foundation CEO....basically saying, its not that we had a horrific idea, its just that we didn't throw enough money at it......yeah right 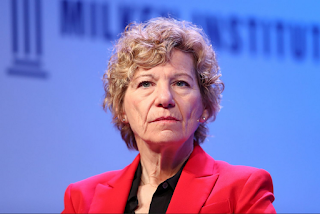 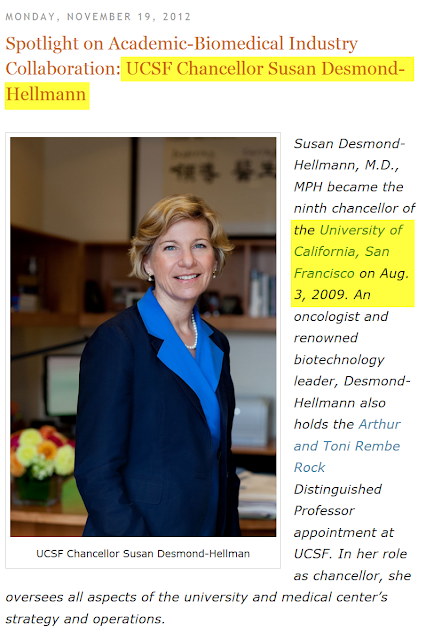 this week at why: “Unfortunately, our foundation underestimated the level of resources and support required for our public education systems to be well-equipped to implement [Common Core]. We missed an early opportunity to sufficiently engage educators – particularly teachers – but also parents and communities so that the benefits of the standards could take flight from the beginning.”


Interesting to note she married a guy named Hellmann, LOL, and boy did she go downhill in 10 years.

Libs always seem to have short hair, whats up with that?    NOTE San Francisco Chancellor, and Biotechnology. 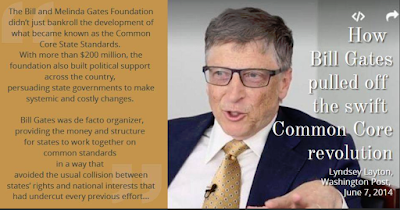 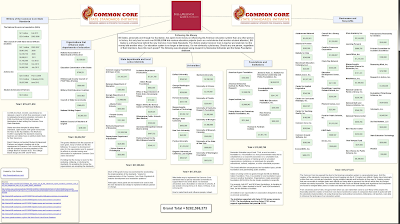