Strzok, Noted Jesuit, His Uncle High Jesuit, and the Pope a Jesuit, All Linked to Adam the Antichrist, and More

No time for a proper deep dive on this (oh shit once I got going there was no stopping).

"The Jesuits are a MILITARY organization, not a religious order. Their chief is a general of an army, not the mere father abbot of a monastery. And the aim of this organization is power – power in its most despotic exercise – absolute power, universal power, power to control the world by the volition of a single man. Jesuitism is the most absolute of despotisms – and at the same time the greatest and most enormous of abuses." 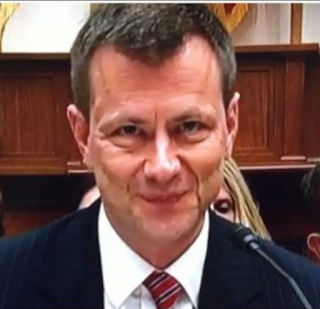 Peter Strzok's job was to take down Donald Trump, and install the NWO.    Peter Strzok and his Uncle James Strzok are Jesuits.

James Strzok has worked in Africa in various places including Kenya.

Jesuits are a Military Order sanctioned by the Catholic Church.  Jesuits of high rank, take a 4th vow of "special obedience" to anything at all that the Pope asks them to do.    In other doctrine, their primary allegiance is to the Church (their Order) and thirdly to "the world"

There are special written decrees by Popes called Bulls, in 140 years there were only 10, but our "special Pope" The First Ever Jesuit Pope, wrote a Bull of Jubilee lasting 589 days, and ending 2 days before the 2016 election. 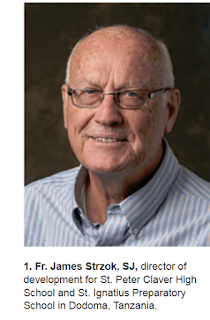 Plugging 589 into the Jewish Gematria Calculator has these top results:

This final result that I got to after writing pages and studying 1000 years of Bulls....is very interesting to say the least.


I spent probably 12 hours back in day of the Strzok "demonic" testimony.    This guys job was to take down Trump and continue the handover of the USA.   He walks free.

We recently did an article on how the Jesuits are one of the most organized and most evil organizations on earth.   Note that this "Pope", who is 100% Cabal, is the first ever Jesuit, and the former Pope, resigned, the first resignation in 500 years.   He was blackmailed into resigning, after John Podesta (of the partial nude children in bondage "art" fame) started a Catholic Spring, a campaign to out the Pope so that this fake Jesuit pope could be installed.

If you study the Jesuits, their primary and foremost loyalty is to the Church itself.    The rest of the world takes a back seat in importance to the Church Itself.   This is not conjecture.

As noted in that statement, Jesuits are trained with a clear view toward the needs of the Church as well as the world. At the same time, this formation is unmistakably personal—centered on the gifts and talents of each Jesuit.

This link is the long story summarized below, by me
https://www.newadvent.org/cathen/07639c.htm

The story of the Jesuits has a very interesting start with Ignatius of Loyola, a military man, injured in battle, jailed several times, attacked often.    In 1534 he developed a bunch of followers who in 1537 formed a Military company who went to Rome to offer their services to the Pope.    They called it the Company of Jesus.

Around 1522 and beyond the term "Jesuit" was a term of reproach, of scorn, referring to someone who bantered about the name of Jesus thrown in to their conversation just way too much in order to appear to be good and pure.    7 years after they formed their Military Company of Jesus, people started calling them the Jesuits in 1544 reportedly the first occurrence.

Being good strategists, rather than trying to push back on the word Jesuit, they adopted it with pride.

But back to 1539, this Band of Brothers, or maybe better Band of Fathers (priests) liked their organization and their "new ideas", but they were getting old and were afraid that their whole Company would just die out, so they toyed with the idea of creating a "religious order".

They created the Formula, aka Formula Instituti (Description of the Order), which was highly opposed by Cardinal Guidiccioni who was fully in charge of whether or not to let them form their Military Company into an order of the Church. The brilliant strategists of the Military Company somehow bribed him to change his mind, and in Sep 27 1540, He issued a "Bull" the authorization for up to 60 Members to be the Military arm of the Church.   "To the Government of the Church Militant" (Regimini militantis Ecclesiae). 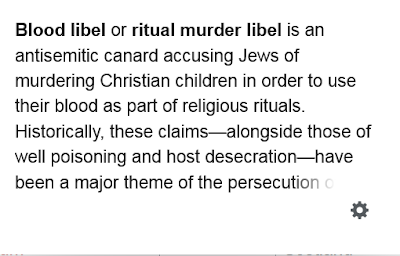 A "Bull" is a strong statement from the Pope, in writing.   A review of all the Bulls is a very
interesting history of the "Church".   In 1247 this little tidbit about Jews murdering Christian children to use their blood in rituals.......

Of curious nature to be at this same time 1247 the formation Mr. Carmel's desire for the Order of the Brothers of Carmel, the Carmelites.

And kind of a neat description of what they are all about.   Sorry for the "aside" but this one is near and dear to me as a famous Basilica "Holy Hill" is run by the Carmelites and is right in my neck of the woods.
https://www.papalencyclicals.net/Innoc04/i4carmrl.htm

Wow, the rabbit holes run deep and many, many intrepid readers may have heard of the Knights Templar, which was a powerful banking and military order of the Church, which ran for about 170 years, and was disbanded by a Bull in 1312 (after of course, prosecuting, torturing, and taking all their possession and cancelling the debt of King Phillip IV of France---who ordered the Pope to do all that)

Did the Jesuits fill that power void centuries later?

It should be noted that in recurring fashion, any Bulls that are very negative to the Jews, results in that Pope going away in months to a year.

This is the overall story of the Jesuits, bear in mind it is Wikipedia, which is basically the Cabal.

In 1584 Pope Gregory XIII "confirmed" the Constitution of the Jesuits, and in particular we point out this one.....for those that make the top grade of "the club"....special obedience (a Higher Loyalty) to assume any mission that the Pope may enjoin on them.   HERE IS NO BULL

The unformed Temporal Coadjutors, after some years, if the General thinks them fit, are admitted to the grade of Formed Temporal Coadjutors. But before they become either Professed or Formed Spiritual Coadjutors, the Scholastics, having completed their studies, must go through a third year's probation. If professed, they take a 'Fourth vow' of special obedience to assume any mission the Pope may enjoin on them. Any, even those with simple vows made at the end of the second year's novitiate, who leave the Society under any pretext (unless to become Carthusians), without express permission, shall be regarded as apostates, and incur excommunication.

The USA was established while the Jesuits were disbanded.   Interesting.

Wait! What! Didn't this already happen?   This needs further research, something is rotten in Denmark here

This link might work to translate that Dolemus
LINK 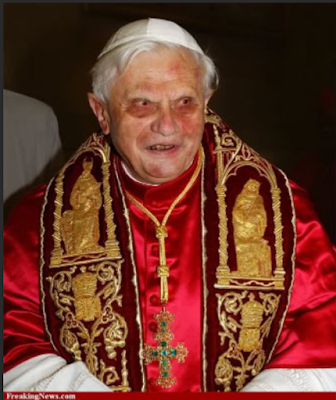 If you run 589 through the Gematria Calculator, the top two responses are
https://www.gematrix.org/?word=589
Posted by Stock at 1:50 PM