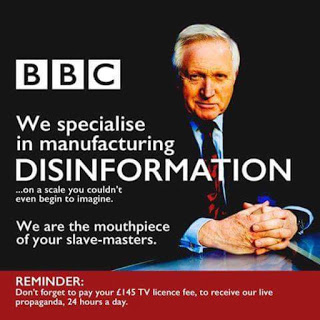 And this one from the UK....The murderous mainstream Media is fabricating deaths to make things look horrible.   Their intention is to inflict as much damage to society as possible.    Doe the UK have a law similar to the US?

But, at the time the report was released, the previous 24 hours had seen just 117 “Covid19 related deaths” according to NHS England, with a further possible 90 coming from Northern Ireland, Scotland and Wales, for a maximum possible total of 204.
The other 776 people included in the report had died at seemingly random points between March 5th and April 8th. 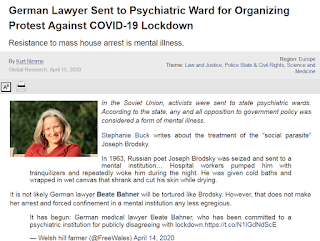 Apparently in Germany, any dissent is seen as insanity.....
https://www.globalresearch.ca/german-lawyer-sent-psych-ward-organizing-protest-against-covid-19-lockdown/5709685

Uh, does it seem that Canada is a bit over the top here?https://globalnews.ca/news/6804626/coronavirus-police-verifying-quarantine-order/

The maximum fine for failing to comply with the quarantine is $750,000 and up to six months in prison, but those who put others at risk could face harsher penalties: up to a $1-million levy and three years imprisonment.