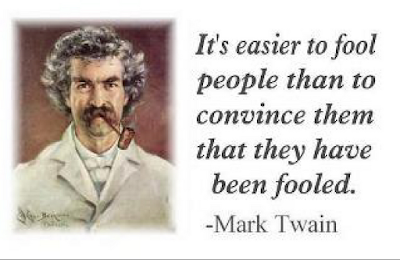 ok so it's a silly title.   What hasn't been silly the last few months?   Like the Dem's labelling a Bill 6666 and asking for $100B just for this years to "contact trace" people....just as the Super Flu is dying out.

I can't say that it has been fun covering the COVID debacle. But I feel it was necessary to try to get real information out there. 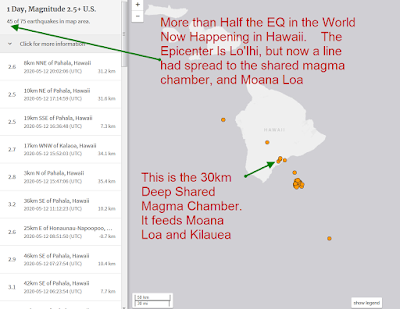 I'll admit, they had me fooled a bit at the beginning, although out of the gate I caught them in the great lie that the ability of this virus to jump (R-Naught or R0 when you have time to screw with subscripts) was that of measles.....14 or 16 were my earliest calculations using an initial Pandemic Model I got from Mike Adams.   I stand with those numbers.   The establishment was claiming 2.2. to 2.6, which incredulously when you saw trained and equipped doctors in China getting the disease.....you knew without further information that this thing could jump very easy. 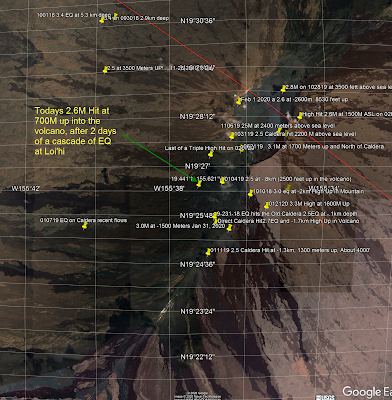 Even in March the Imperial College was still pretending or ignorant and saying the R-naught was 2.2 to 2.6.   OMG.       I was fooled for a while, many were, almost all.    Something is rotten in Denmark".
And to move forward effectively, you need to admit when you were fooled.    I am afraid that many cannot reconcile that.   In my defense, I'll will say that on April 9th I stated that "

I much prefer Volcanos, EarthQuakes, and Space Weather to the shenanigans of silly sociopathic
people that must control and manipulate.    And I am sure you do too.

So I take at least a look at Earthquakes everyday.    Nothing really exciting until yesterday.    Cycle 25 is taunting us, barely even teasing us, and the KP index remains extremely low, this lets lots of GCRs into our atmosphere, and punching down into the earth and adding energy into some magma chambers.

But yesterday a flurry of some 3+ Magnitude EQ at Lo'ihi off the coast of the Big Island caught my eye.   It continued today, and it sure looks to me like the "hotspot" feeds Loihi AND the Shared Magma chamber.