stock here.  This took COPIOUS AMOUNTS OF WORK!   AND INTUITION


An astute reader on VOAT noticed that my "Gang of 10" called out shortly after 4-29-20 (the spike day), were a whole lot like the Obama created "Council of 10 Governors".     Funny how they created that Council with an equal split of Dems and Repub, with of course the Repub being mostly Rinos or otherwise controllable.

I made a table for comparison.    Eight of the Gang of 8, are either Represented on the Council (which is half D, half R) or a swing / battleground state for 2020.    That is amazing.    And I busted them dead to rights simply by their coordinated spiking

My views on many topics would be considered radical by many blues and red who haven't waken.
So I am going to create a Sister Blog and Post on there, a kinder more gentler way to not immediate allow the "Conspiracist" Denier ad hominems to be launched.

I discovered this shortly at start of May.   Data was starting to look weird.   I created a declining exponential model which has been working wonders on data across the globe, USA as a whole and most states.

The the data just seemed weird.   So I reviewed the "declining exponent" and instead found a bunch of spiking exponents.    These states have several things in Common......

And they are not "just"


1) manipulating the data,
2) but plain creating Death data,
2) in order to continue the lockdowns,
4) to slow walk the return to what they
5) want you to think is the "new normal"


So I have been charting over a period of days, and wanted to produce a "research level" document, but the bottom line is there is no time, and we need to get this information out there.    Call your local government, print some out, visit them with mask on.   Email them.   And let them know what we know that THAT WE KNOW.

So these are not as polished as I would like.    But I think good enough.   I have all the back up data, and will be glad to send specific requests to anyone who asks

Comments, and reports, send links, and reblog.    And call your congress critters.   Try it.

Click for a larger view and you can see the dates more easy. 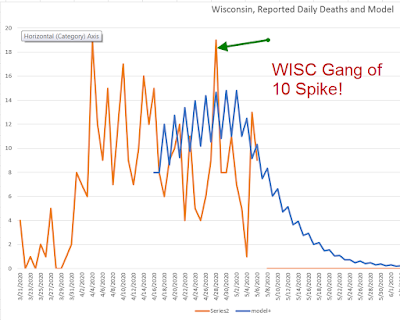 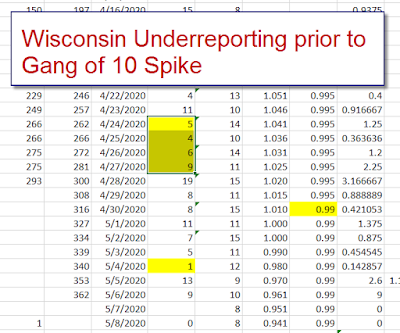 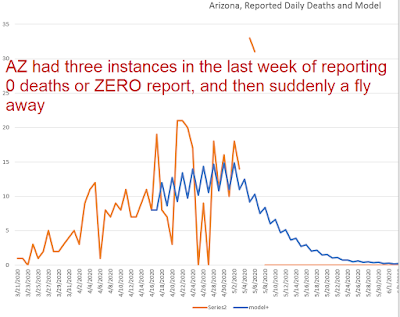 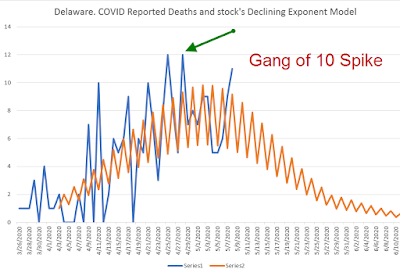 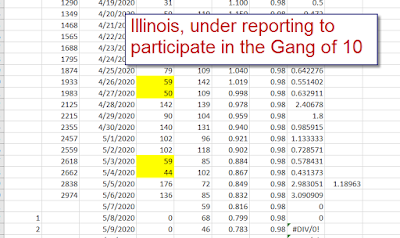 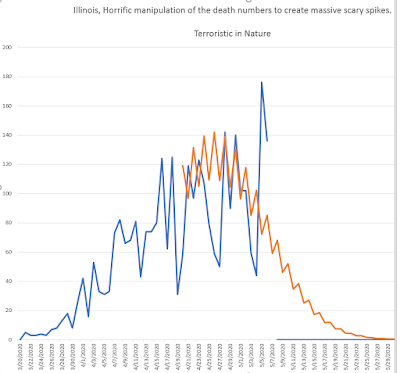 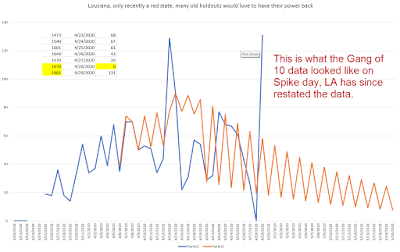 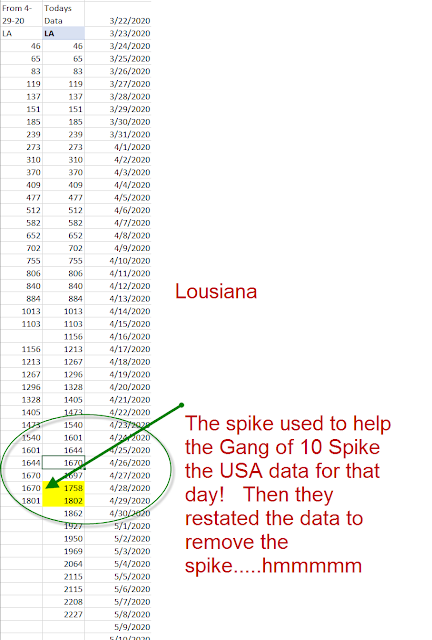 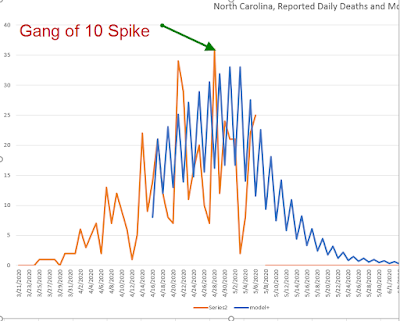 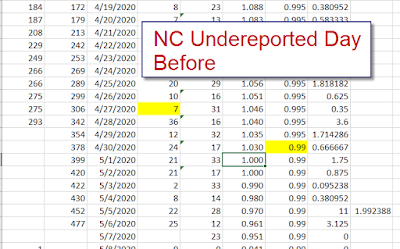 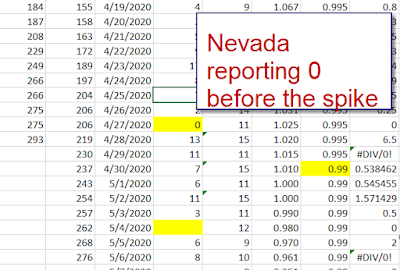 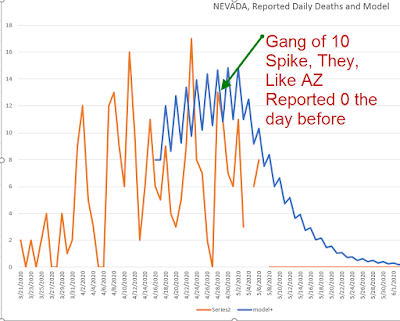 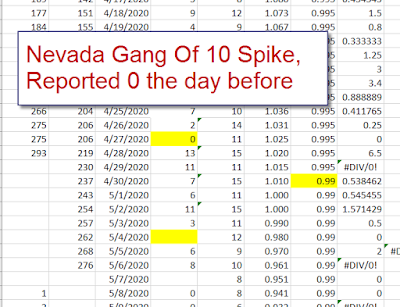 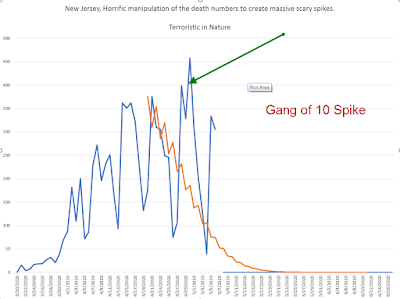 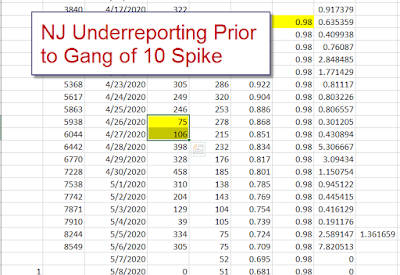 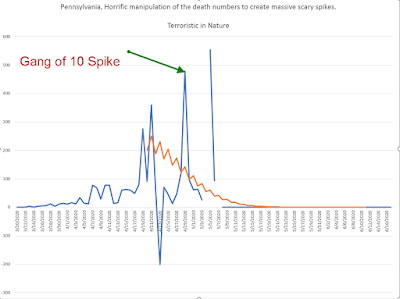 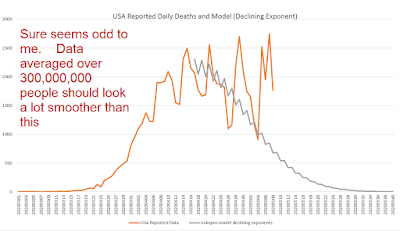 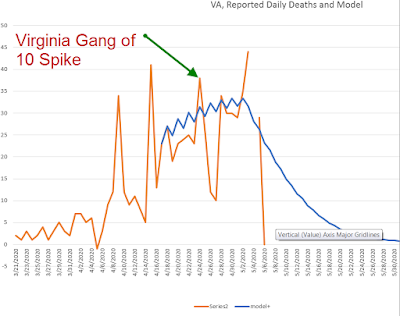 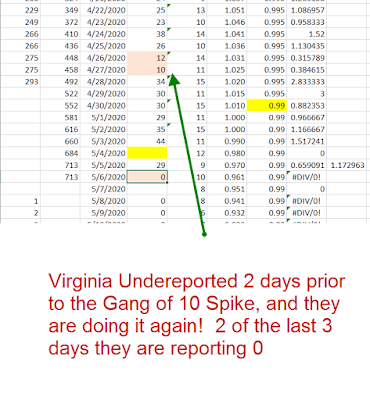