"Interventions" In The Spanish Flu, Ending The Lockdown Quickly Had the Best Outcomes

Above article a good one.   Skim it.

The graphs per city were attributed to that article, but they are not from there.    I got them from Nat Geo, who references them back to that article.    But even that article and it's data sources do not have the data, much less the charts.

I did a whole new article as this one was getting long in the tooth.   With the charts of the most successful cities...its from the Power Point Link above.

The correct conclusion, which escaped me until my third visit to the material, is simply this:

The cities with the least deaths per 100,000 were the one that reacted quickly to close schools and to ban public gatherings.   They did not close businesses!!!!

And with 1 single exception of Columbus Ohio, which had the fourth lowest rate of death at 312 /100k, who reacted fairly quickly and kept measures in place for 12 or 13 weeks.
All the other Winning Cities did this: 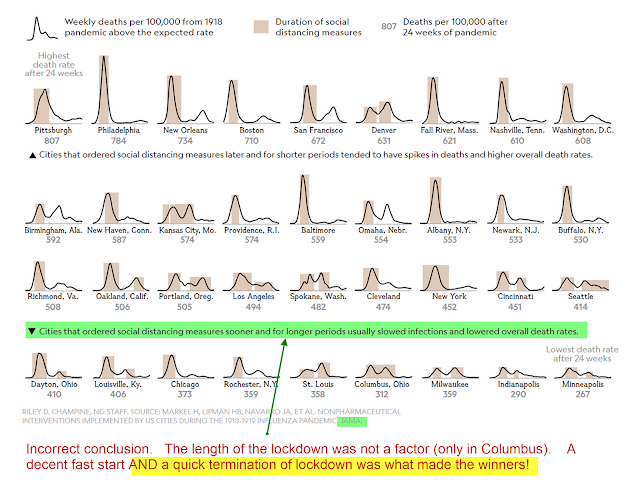 Incorrect conclusion.   The length of the lockdown was not a factor (only in Columbus).    A decent fast start AND a quick termination of lockdown was what made the winners! 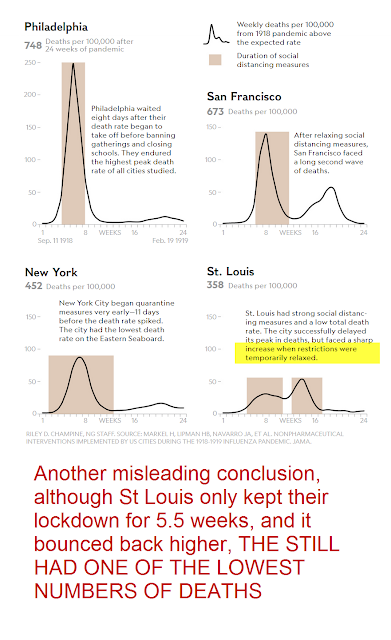