A Marxist Fool And Tool, Refuses To Serve Coffee To Someone With a Medical Exemption and No Mask, And Is REWARDED 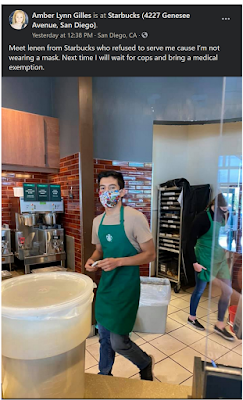 Amazing how stupid people are.    I will be going out to dinner at a sit down restaurant tonight.


And here we are at the flip the meme, meme.

A "Karen" is someone who tries to shame another for not following a supposed rule, even if the "authority" trying to make the rule doesn't have the authority to do so......and.....even if the rule makes no sense in the current situation or climate.

So the idiotic marxist socialist wanna be's call this lady who was not wearing a mask (and apparently had a legit medical exemption, although this is not important in my interpretation anyway).....they call her a Karen after she was refused service.

Amazingly, the fool server's name is Lenin, how appropriate.

Lenin broke the law, by discriminating against this woman.   And he gets ready, for being a fine young marxist.

And more absurdly, the lowest level working employee making this decision on their own?

A barista who declined to serve a woman, who has been nicknamed 'San Diego Karen' because she was not wearing a mask, received praise from Internet users and whopping $32,000 in tips.

Lenin Gutierrez, working as a Starbucks barista in San Diego, gathered praise and $32,000 in tips when the woman, Amber Lynn Gilles, posted about him on Facebook with an aim to criticise him for not serving coffee because she was not wearing a mask.

"Meet Lenin from Starbucks who refused to serve me cause I'm not wearing a mask. Next time I will wait for cops and bring a medical exemption," she posted.

The post backfired. Many Facebook users defended Guiterrez and chided Gilles. It got over 1,00,000 reactions and comments and 50,000 shares.

Another top comment reads, <brace yourself, this is being applied to the women who was refused service, even though she had a medical exemption>

“What is most troubling about this whole thing is that you do not have the ability to understand why your actions and words are so terribly, horribly wrong. You are showing people a level of selfishness and pettiness that is beyond the pale. You are raising children to believe that this entitled behavior is not only okay, but expected.

That young man is following the rules his company has laid out. For you to put him on blast is shameful. Go somewhere to get your coffee where you are not required to wear a mask. Put other people in danger somewhere else. It’s not about YOU getting sick, it’s about keeping EVERYONE ELSE from getting sick. This will all come around to you some day. I only hope you learn from it when it does. Your children have my sympathies. This comes off almost as if you are seeking attention and publicity which is even sadder.”
San Diego County issued a notice on May 1 requiring residents to wear face-covering in most public settings, including when shopping in a store or picking up food at a restaurant. 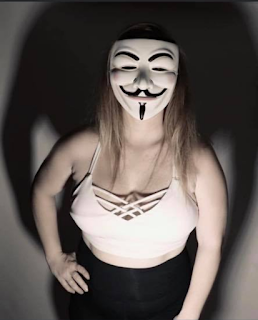 Just reading the story, I predicted that the false Karen would be white, and probably "conservative",
and I was right.   She even has an Anonymous Mask, LOL

When I tried to leave a comment at the above article, it was blocked with an access denied and a support ticket was not possible to open.   I see! 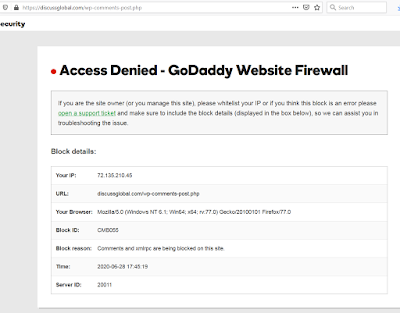