AOC Admits, In Writing, That Lockdown and Destruction of the Economy Is All About Preventing a Trump Win in November 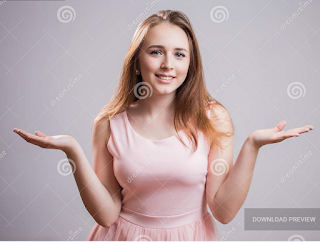 It is not clear how Twitter works, if people retweet something, and then that something is deleted by the OP, does it then delete across the boards in everyone's account?

So I typed in the supposed tweet, so I could search for it, see if I could find it in someone else's tweet or other record.    Nothing came up in like 10 minutes, except lots of debunk attempts.

There is at least one website that purports to store deleted tweets -- you be the judge of how you think about that.....I reviewed 20 of her tweets that were deleted, non of them seemed to be particularly embarassing, so maybe those are filtered and not in their list.

Pro-publica is based in New York and is a leftist slant non-profit.
https://mediabiasfactcheck.com/propublica/

So I can't find any evidence that she really did tweet this, and of course, it's impossible to prove the null case.

But riddle me this?

Is there any doubt that this is what is happening?   Dem Governors are making things as difficult as possible, way beyond any rational plan of trying to do good, to help.

It's vital that Governors maintain restrictions on businesses until after the November Elections because economic recovery will help Trump be re-elected. A few business closures or job losses is a small price to pay to be free from his presidency.

She deleted it, but not before it was shared 10's of thousand of times. 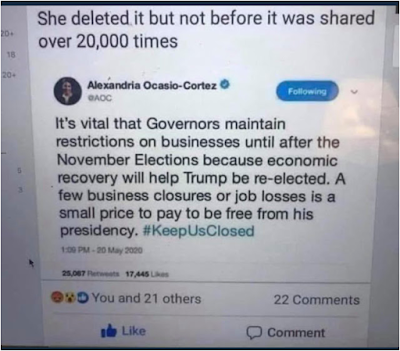