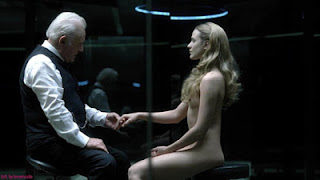 When you have fame, wealth, political power, and the best drugs in the world (Adrenochrome), what do "people" do next for a thrill, for a kick? 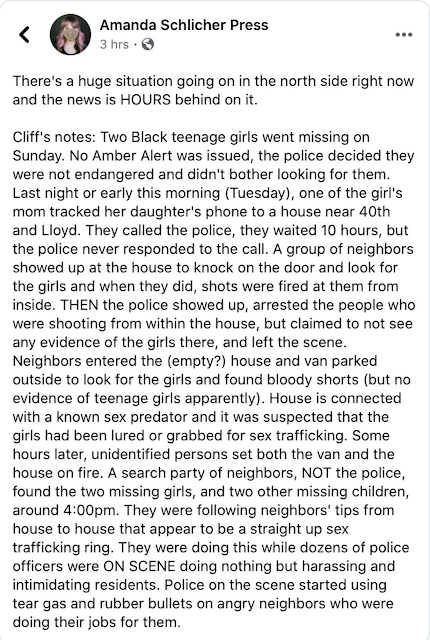 Apparently, there are quite a few real sickos that think having sex with children is "the thing".

This epiphany came to me yesterday.    There are 2 Muslim beachheads in the USA.    Michigan and Minnesota.   Wisconsin sits between them.    Wisconsin was a key state for the Trump victory.    Trump visitied several times.   Hillary came once and was browbeat with the story of how she strategized with Kissinger and Japan to buy radioactive food from Japan.      She never came back.   That was my story, and it's a big one.

Milwaukee did not protest in a burn it down way.  So it is very important for the Cabal to get fires started in Milwaukee. 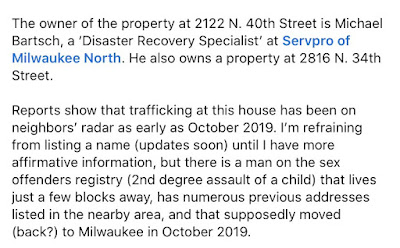 Sounds like the Floyd Event.    And they burnt down the El Nuevo Rodeo Bar and the 3rd Precinct.

Steve Bing, Billionaire, Movie Maker and friend of Epstein, jumped off a building yesterday.    He was known to be a sex addict, and the rumor is that he was exposed for pedophilia.   Story here:

I am surprised that nothing happened with Rachel Chandler, the child handler.   The crappy photographer that advertised sexualized photo's of abused vulnerable children with taunting titles.  Her instagram was disgusting, it is memorialized in some locations, including my site.    Although, the amount I was able to grab before Big Tech disappeared them is limited.

And I would rarely link to Heavy, but they are carrying the Milwaukee story


And many of these celebrities were themselves abused.    Very few get "discovered", they get tossed in the mix and if  they "perform" to their elders desires, they get rewarded.

You know, celebrities that make it big and then come out years later claiming rape, molestation, misogynistic treatment...Fox is literally part of the problem and woman that are like her, they see the writing on the wall, push their moral standards aside, and keep their eye on the prize.


Once they are nice and comfy in their mcmansions the self-guilt for past actions builds in their subconsciousness and as life slows down they begin to find more time to let those thoughts fester and surface. At which point they react.


That being said, glad shes coming out finally, but she needs to look in a mirror and really ask herself, did she allow this treatment to persist for money, and was it worth it in the end? Little girls aspiring to be an actress deserve the truth, she needs to tell them to hold onto their moral standards and never compromise for money.

This is an old one from 2014.   LOL I know so few of these "stars".
https://www.crazydaysandnights.net/2014/04/bryan-singer-allegations-bringing-in.html