Pretending That a Funded Insurgency Is Really A Grass Roots "Revolution" to Get Our Independence and Country Back. 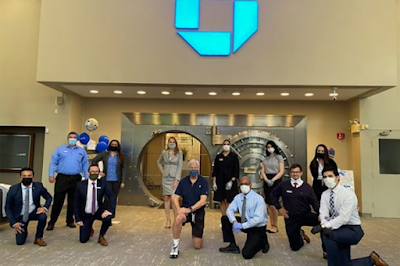 stock here.    I caught TMZ (I sometimes watch to see the leftist meme of the moment they are trying to push).    It's barf worthy.

So last week they were playing the "I know the founding documents game" throwing out the "All men are created equal" thing, and pretending that what is going is a grass roots movement, and of course jumping back to the "new normal".

Commenter 9. jbwilson24:
If the Dems and ‘Deep State’ are using this unrest (and the overblown Wuhan flu) to engineer an ouster [of Trump], they are making a big big mistake. Apparently they haven’t read William Lind on 4th generation military conflict. The main aim of insurgents is to delegitimize the state.

That’s exactly what these riots and the buffoonery surrounding the lockdown are accomplishing – showing people that they are ruled by self-serving, low intelligence hypocrites willing to take away the rights of the average person through measures that they have no intention of respecting themselves. Showing that the police are unwilling to respect the most basic fundamental duty of the state, to prevent citizens from being harmed.

Even the Dems couldn’t be so stupid as to think that there are no ramifications from this sort of a plan. Hence, I suspect that there is a faction that actually wants a 4th gen conflict to emerge in the USA.

I have to say that I am amazed that so many folks on the Left seem to think that the current riots in the US are a spontaneous rebellion
Folks on the Left do not think. They emote. They romanticize.
One can sum up most of Saker’s article in a single compound term: Anarcho-Tyranny.

Under anarcho-tyranny the organs of the state ignore crimes committed by favored groups such as BLM and Antifa, while strongly suppressing anything remotely like a crime committed by the majority.

Thus an Antifa “peaceful protester” can assault with a club or a skateboard some middle aged man holding a sign that reads “All Lives Matter”, but if that middle aged man fights back with a stick he is likely to be arrested.

The court system is involved as well; in Portland, Oregon Antifa street fighters arrested for assault or other crimes are released on probation while ordinary citizens who fight back may be jailed.
Anarcho-tyranny is a tool for demoralization of the majority of citizens who wish to be left alone to go about their lives, and a tool for improving the morale of the small number of rioters.

It is therefore a psychological operation intended to cow the populace into deep submission by using expendable persons. It is not new in modern history, of course, but it is somewhat new to America.

22. Anonymous[286] is also worthy of your time, if you follow uncomfortable truths.