The Democratic Party Fused With a False Liberalism, Abusing Blacks 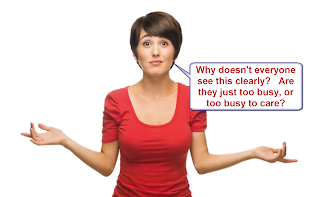 stock here:    This was a comment on an article, and I thought it deserved an audience, please read it.

And let us also not pray to a false god of science unless it comes with a heaping dose of spirituality.

<on the abuse of blacks> That is because Democrats teach them very young that they should act and feel that way, because they were all wronged by the white man. Only problem is none of them were, and they were already provided with reparations to the tune of 100 acres and a mule. Somehow that is over looked...

On top of that they are inundated with the image of Rich, famous, and powerful Black men from their communities who also like to fuck bitches, spend all thier money on ego pieces, and investments that lose money the second the drive them away. They then dump an extra 100k into these impracticable investments to create another ego piece. They then dress themselves in ego pieces, drive around with the newly minted ego pieces to show off how successful they are.

After a few hours of this, they slay bitches, which leads them to only want more and inevitably fill themselves with more emptiness and feelings of temporary reprieve from the lack of self-love. On top of that eventually most of them will create even more finical strain on themselves in the name of child support.

So this is what you would strive for if you were a young black person living in our culture without the proper guidance, and a newly found get out of jail free card in the name of BLM. Perhaps just coming to a conclusion without understanding why is a futile act. More importantly all black people should understand that they are being used and treated with no decency by the people who claim to protect them They are no different than any of us we are all lied to and manipulated for other people's advancement and never in our best interest. If you could keep a culture and group of people in a state of perpetual low self-esteem but get yourself the second largest voting base in the country, which leads you to reach your insatiable goal for more, would you?

Many who say no are lying to themselves, They just know what that looks like their reality to test them. The very same thing they teach to the very people that they are supposed to protect and empower, but rather ENSLAVE with LIES!

Do not kid yourself for one second and think that a large percentage of our country, black, white, brown or otherwise... Are not waking up to this.

Obviously this paradox is not everybody's reality, but you could likely find some variation of it replaying in everyone's lives unless they are in the guidance of parents and peers with self respect and able to break through a all-consuming culture of more...

This is not normal in our country because we are all taught either by religion, culture, skin color, socioeconomical status, or any other grouping that has been created for us, that we should feel guilty for what we have. Others have suffered at our expense at some point in history, which we must pay for, for eternity.

We are bombarded with souless goals of emptiness and material goods that will always keep someone searching for what they are taught is happiness, because they will never find it where they are told to look.

Our entire culture is built on a lie, so we are all part of a lie, and suffer endlessly until we see this! Do not think white people do not suffer the same fate as Black. It all leads to regret, guilt, emptyness, hate, and pain. The only way it will ever end is if there is a "Great Awakening" and we all stop worrying about other people, things, or non-existent futures and thoughts of others that do not exist, will not exist, and never were going to.

To grow we need to detach ourselves from the parisitic ego that infects all of us when we feed it with hate. Time is always right to forgive ourselves, and everyone else, or we will not evolve as a singular species and fulfill our God-given potential for the endless gift that awaits us all. Not in the material world, but within each one of us.