Similar to the MKUltra Type Emotional / Fear Abuse of trying to create that "Window of Opportunity" in which the victim becomes totally accepting of whatever the abuser wants, they see acceptance as less damaging than resistance.

Shall we now look at current events as creating hatred to start the path of genocide. 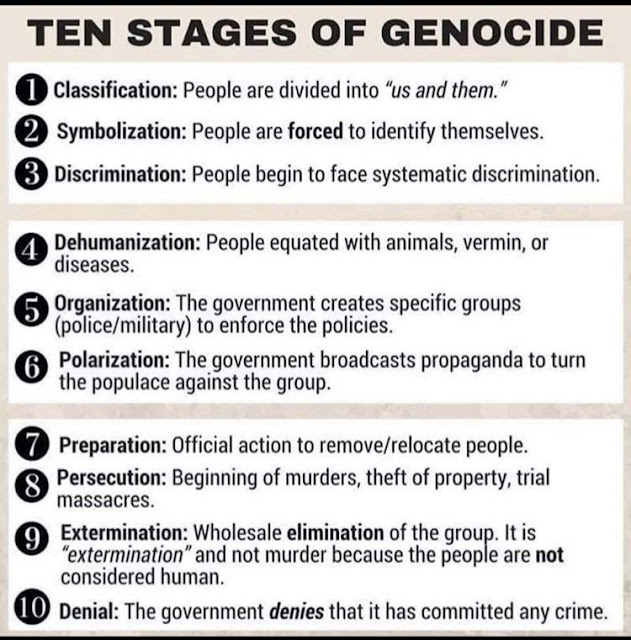 Democrats already want to defund the police so they can create paramilitary forces of political commissars, hilariously calling themselves “social workers,” who will enforce their agenda on the American people.


Inevitably, they will claim they are doing so in the name of “social justice.” If you engage in lawful self-defense, you will be prosecuted, like the McCloskeys, But if your home is invaded by thugs and you and your family are killed, the “social workers” will not bother to investigate.