Britian Is Driving The Push To Degrade and Enslave America 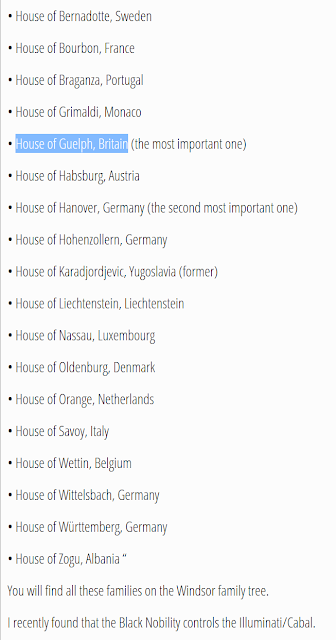 stock here, pardon the French, but a response
to a post on VOAT can concurrently with my morning   meditation "Did someone get to Boris Johnson"?

Sorry, this is kind of rambling article.   The scope increased greater than my available time.

Johnson seemed like a good rebel, a populist.    But maybe he is just a sleeper, or they turned him.    Or they really threatened his life with SARS-2, or they did a honey pot trap, or a combination of control mechanisms.


Seems like Britain never got over that little American Independence, that is not how all their other colonies "worked".


I think you'll find that Britain is behind what is going off at the moment ..... with the exception of the USA the Fveys is made up of UK commonwealth countries .....

1) Where did the Russian dossier come from = Orbis(Company owned by Chirstopher Steele, today in court on Defamation charges)

2) Where did the data come from which caused the world to lock down = ICL Imperial College of London.     A good review of how Gates ties in to Neil Ferguson the ICL Doofus 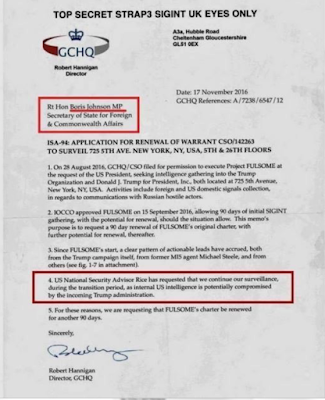 3) What about the hit piece on HCQ = the Lancet

4) Boris Johnson signed off on the order allowing the Trump campaign to be spied on in the UK.

The UK and the EU are desperately trying to stop Trump so their plan for the NWO can resume,

All you have to do is read their press and it becomes obvious which side they are on. 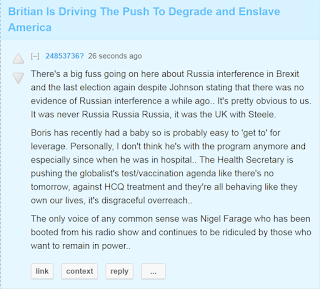 JESUITS -- I have done some writings on the Jesuits.     They are the military branch of the Catholic Church.    It's a deep rabbit hole.     I am not going to be able to cover much of it here today.

NOTE: Peter Strzok (Chief FBI /CIA operative out to 'get Trump') is a Jesuit.   They plead allegiance to their order of the Church, before ALL else, including family, including country.

The idea has been put forth that much of Hollywood is controlled not just by the Jews but also by the Jesuits.

You can read more here, but quickly, Charlie Sheen became the most highly paid sitcom star after teaming up with Controlled Opposition Alex Joones and steering opinion away from the true nature of 911 (pointing at Bush) just as Charlie's Dad, Martin Sheen, steered people away from the true nature of the Titanic Disaster.    Hint the Captain was a Jesuit, and Jesuit father Brown (highest ranking) took pictures in the last port of call in Ireland before the Titantic left on it's last trip.   Incidentally killing many important people.....and that is it's own rabbit hole.

Titantic was launched on May 31, 1911 (Interesting Numbers methinks)
JP Morgan Owned the White Star Ship line, which owned the Titantic.     It seems JP Morgan was a Jesuit, and often Jesuits liked to keep that kind of secret, you know a secret army.

Morgan in 1889 introduced the Modern Ocean Liner, the Teutonic.    The Teutonics were an early version (AD 1100 range) of the Church Warrior order, the Jesuits came later, around 1450 from memory.

Succinctly, 3 of the super wealthiest men of the world, and opponents to a "Central Bank" were invited on board and they all died, that was 1912.    1913 saw the creation of the Federal Reserve, and we know how that turned out.

Check it out yourself.
http://www.metatech.org/wp/conspiracy/sinking-the-titanic-create-federal-reserve-bank/


Here is a "debunk" from the Washington Post.   LOL.   When WAPO needs to connect a long standing theory about the Titantic, with recent Q and then of course through Trump in there too....you pretty much at that point know the story is true.

This is semi unrelated, but it is from 2010 and they talk MKUltra and Hollywood figures, quite a bit on Madonna and satanism, and wearing meat.    If nothing else, it is interesting to peer back in time a decade and see where we were at then,

Came from this now defunk blog, but interesting because they started right around Fukushima, and had a Fukushima article 3-18-2011 indicating that they knew that radiation was already hitting the USA, and talk of Potasium Iodide, and how to detox.