Effing Squids! From The Band That Would Easily Leave Their Brothers the Marines Fighting Without Support, Bans Religious Services

Shameful.    A direct attack on spirituality, one of our greatest needs.


The First Liberty law firm has announced it is suing the Navy for its anti-religious freedom decree, which threatens to court-martial any service member that attends church.
“On June 24, the Navy issued an order that banned troops from attending indoor religious services, although other activities such as using mass transit, hosting social gatherings of any size, and participation in protests are all permitted,” the group has explained.


So it looks like Phase 3 of the Non Conventional War On America is a blatant attack on Christianity. 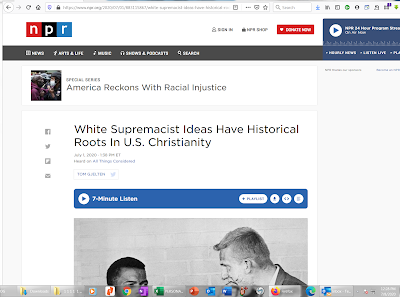