Harvard Girl, Who Wanted to Stab Supporters of 'All Lives Matter'. Now Crying 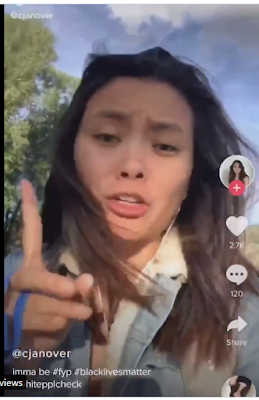 Harvard girl wanted to taunt victims after she stabbed them and watched them bleed out.

She did a video and put it on the internet.   The original is at the bottom.


Now she lost her job.

Now she is sad because Trump Supporter came for her life.

Harvard girl is now having a mental breakdown because she lost her job pic.twitter.com/96UJQxZggO
— Ashley StClair 🇺🇸 (@stclairashley) July 2, 2020

She’s advocating for stabbing people & watching them bleed out

How is that okay?

“Harvard girl was just joking!”
Posted by Stock at 2:45 PM