How Much Did It Cost Them to Buy Our Government and Academia? Measly $3T Here Is The Proforma 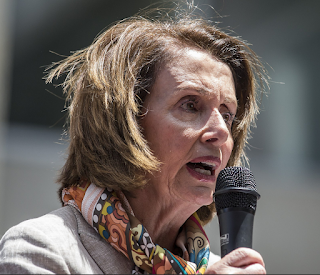 Someone beat me to the Proforma, here it is.   What do you think, it is more or even less?    Either way, seems like a bargain to buy the Gem of the Earth, USA, and get the $17T economy to skim off forever for the measly $3T
misplaced loyalties.

I think his price on congress critters is too low, and think of the Netflix deals and book "advances".


Here is a basic cost model to estimate the price to buy america, official by official.
If you see an estimate you disagree with, mention it in a comment and explain your more accurate estimate.

I would guess around 1M for a mayor of a small town and around 500M for large cities. It varies wildly by individual disposition. It probably has a variance of around 50x between an intrinsically corrupt person and an honest one. That means it is a relative bargain to spend money inserting candidate operatives, media and voter fraud.

10 us cities have a population 1M+, ~200 have 100k+, and around 15k cities have less than 10k people. Those are very practical numbers for the Cabal/china to budget an asymetrical war around. 20B is probably in the ballpark of the cost of buying all the mayors in the US. For real.

States have around 200 politicians in their local senate/congress and government officials. Probably around 1M - 10M each. Governors are on sale for 1B to 10B depending on the size of the state economy. That means around 10B/state avg to buy one - or half a trillion bulk deal for all of them.
Federally, there are around 1000 important stations including 435 congressmen and 100 senators.

I would estimate they go for about 200M each. That means the market price for that part of the federal government is around 200B. A crafty president can probably get another ~200B for his principles and ones like Obama are a bargain at ~20B. Lets just call the whole Federal government a cool half a trillion.

Media still has to be bought, police & judges as well as corporations and the military to completely own America. Things are getting a little pricey - almost as much as the COVID checks. The cabal prolly looked to cut a few corners here. MKUltra, Blackmail/brownstoning, Drugs, human trafficking and contract kickbacks do wonders there. The most efficient trick of the cabal may be using citizen's own tax money to pay for the buyout.

I put the upper limit on the cost to buy every aspect of America at less than 3T.
I'm sure the Cabal considers that a bargain.