Some have speculated that this was a message to the leftists at Nike.   Kill their kids. 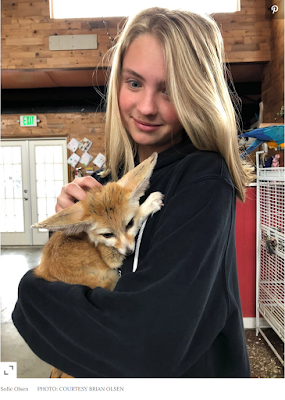 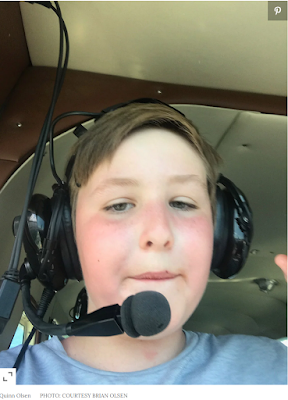 The father of the 2 step kids is Brian Olsen, a Financial Executive at Nike.

He cannot be found on Linkedin, bit odd

And noted that last October 22, Nike CEO Mark Parker is stepping down.

Authorities have identified five of the victims killed in a deadly plane collision that happened over an Idaho lake over the holiday weekend.
Eight people died after two planes collided over Coeur d’Alene Lake on Sunday afternoon around 2:30 p.m., Kootenai County Sheriff’s Office Lt. Ryan Higgins said. The two planes — identified by the National Transportation Safety Board as a Cessna TU206G and a de Havilland DHC-2 — sank about 127 feet.
The de Havilland, which is a seaplane, was piloted by Neil Lunt, 58, of Liberty Lake, Washington, according to a press release by the Sheriff’s Office Monday. Sean Fredrickson, 48, of Lake Oswego, Oregon, was a passenger along with his children and step-children — a 16-year-old female, a 16-year-old male and an 11-year-old male. Officials did not name the children.
Another male that was on the plane has not yet been identified by authorities.
Investigators have identified the two occupants in the Cessna but their names are being held pending notification of next of kin, according to the release.
Two victims were recovered from the aircrafts immediately after the crash before the planes sank. Three occupants have been removed from the planes since they sank but KCSO sonar teams and dive teams are still working to recover additional victims from the sunken aircrafts. The depth of the water and where the victims are located in the wreckage are making recovery operations difficult, the release aid.
Both the NTSB and the Federal Aviation Administration are investigating the collision.
Accidents and Crashes / News / Oregon-Northwest