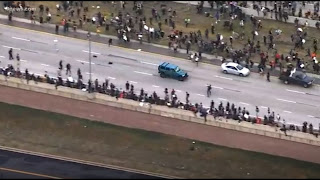 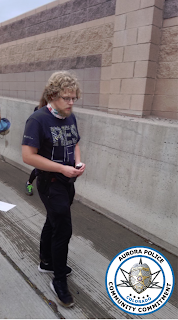 APD said that officers observed, from Sky9, a Jeep that was traveling northbound on I-225 toward the protesters at around 7 p.m. Police said while driving through the crowd, multiple shots were fired.

Two people were struck by gunfire, APD said: One man was shot in the leg and was taken to the hospital, and another was grazed on the head. That man also went to the hospital. There have been no reports of anyone being injured by the Jeep, police said.