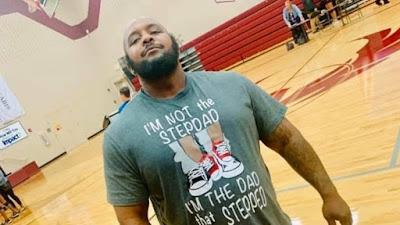 stock here:  had to add this in.   Now in Kentucky, family and their child in ankle monitors, because they refused to sign written isolation documents.   Seriously.


Third example is also in Marxist Michigan, but it was a Security Guard shot after trying to enforce a mandatory mask policy at a Dollar Store.  Real shame, the security guard looked like a nice guy.


Just a matter of time.   Pretty soon they will execute you for saying "Corona is very similar to the Flu".

And of course, being public menace Number One, a parent who refuses Gates and Gang new vaccine is willing to kill an entire school, and therefore deserves a Summary Judgement Execution.

Man refused to wear a mask, police were called, but he was already leaving.  They followed him to his house and murdered him there.
https://www.zerohedge.com/political/canadas-first-mask-murder-ontario-police-kill-73-year-old-man-after-he-refused-comply


Initially, police were called to a Valu-Mart in Minden, Ontario, just after 8am local time, according to OPP Sgt. Jason Folz, who spoke with the CBC.
When the suspect left the scene after officers arrived, police refrained from trying to stop him after he drove off "in the interest of public safety". Instead, they took down his license plate, and showed up at his house later.
Two officers later visited the man at his home in Minden on Indian Point Road, the SIU said.
Outside the home, an unspecified "interaction" ensued, and two police officers fired their guns at the man. The Ontario Police SIU (the unit that handles press) said that after the shooting, the officers called in "additional resources", which were brought to the area near Eagle Lake, by the village of Haliburton.

I would love to see the modycam footage on this one.    Let me speculate, poorly trained diversity hire female, limited physical ability, and how come no taser?

I will give her this though, he had stabbed someone else....so there is that.

The shooting occurred in Eaton County, southwest of Lansing, about 30 minutes after the stabbing at a Quality Dairy store, state police Lt. Brian Oleksyk said.


A sheriff's deputy spotted the man's vehicle in a residential neighborhood and shot him when he got out of his car and tried to attack her, Oleksyk said.
The man, Sean Ruis, was holding a screwdriver and knives, Eaton County Sheriff Tom Reich said.

“From all indications, Mr. Munerlyn was simply doing his job in upholding the Governor’s Executive Order related to the COVID-19 pandemic for the safety of store employees and customers,” he added. “It is important that the Governor’s order be respected and adhered to and for someone to lose their life over it is beyond comprehension.”
Posted by Stock at 11:56 AM