No Name McCain Praises Huma Abedin "Always At Clinton's Side", A True Patriot 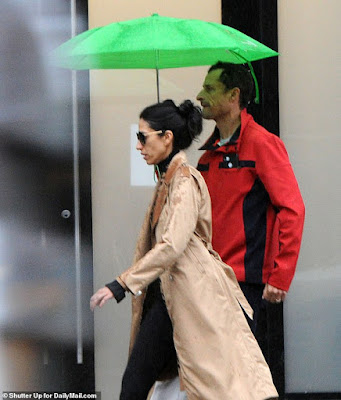 Huma Abedin, put up with all kind of hardships.

Who wouldn't say that she was brave and steadfast?    I mean being Hillary's plaything, whilst also being married to the horrific Anthony Weiner, with stuff on his laptop that made hardened FBI agents vomit.

And at far bottom, Huma and Hillary are still going to "events" together.   And looks like Huma is going to be kept on the payroll of the Cabal with a book deal worth $2M.

Halloween 2019, Weiner and Abedin seen together with their 7 year old son.   They are both looking pretty old....maybe not on the preferred Adrenochrome pick list.

Weiner left a halfway house in May 2019


On Obama, "He's a decent Family Man, Citizen that I have disagreements with.

Years ago when these two got engaged People Magazine did a huge spread with pages of photos. They were lauded as the new Washington, DC power couple. At that point I smelled a rat. Two people who no one had heard of were being crammed down our throats. I was right. Marriage of convenience and the elite had plans for them. Typical sleazy characters that power brokers love.