St. Louis Couple Viciously Attacked for Effectively Defending Themselves -- The War Is On

Horrific abuse of this couple. 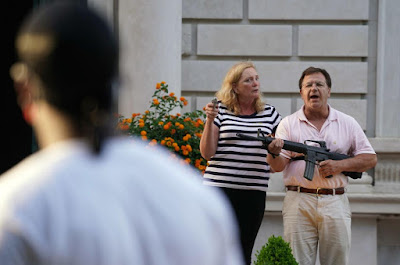 This is the meme ---- if you even try to protect yourself or your property, you will be viciously attacked.

Sounds pretty fascist to me.    The prosecutor Kim Garder needs to be thrown in jail, removed from power, and have any future benefits stripped.

This is a treasonous action because Kim Gardner is attempting to push forward the overthrow of the United States.