500k to 1M Protestors March In Berlin Against Government Overreach!!!!! Sheep No More 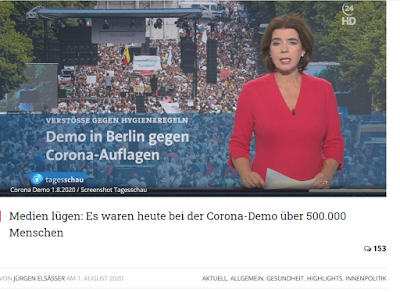 The power hungry, the greedy, the psychopaths have got away with it for so long, with no ramifications, that they both feel superior to us people who just want to live our lives with some semblance of happiness and freedom.

In Germany, 500,000 to 1,000,000 resolute protestors marched against the Government, and it's over reach, including the absurd response to Corona.

Translated from German, check out the comments too

Media lie: Today there were over 500,000 people at the Corona demo

152
By Jürgen Elsässer on August 1, 2020 Current , general , health , highlights , domestic politics
The organizer even speaks of 1.3 million. In any case, the largest demo against a German government since November 1989.

It is probably one of the most grotesque lies since the lie press existed: In unison, the media give the number of demonstrators between 17,000 and 20,000. Also in the Tagesschau, the regime's current camera.

Dear people, I was there. The Straße des 17. Juni was full from the Brandenburg Gate to almost the Great Star! In any case, that's more than 500,000, maybe even a million. The organizers spoke of 1.3 million.

This aerial photo, published by Bild-Online, gives you an impression (free media had no aerial photo 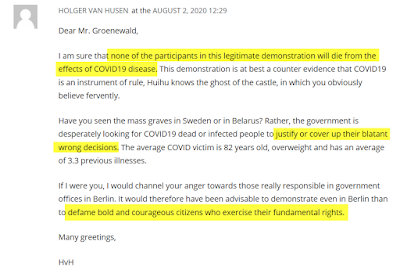 access ...). Everything crowded. And then the lie of picture: The picture is cut off at the lower end. Every Berliner knows what the Straße des 17. Juni looks like: The Soviet War Memorial is halfway there. That is not on the aerial picture of picture at all. But the crowd not only extended to the Soviet War Memorial, but the full distance to the police line in front of the Great Star. Image shows just a quarter to a third of the route. So we are lied to ...

Some say this Federal Chancellery has a Satanic look to it. 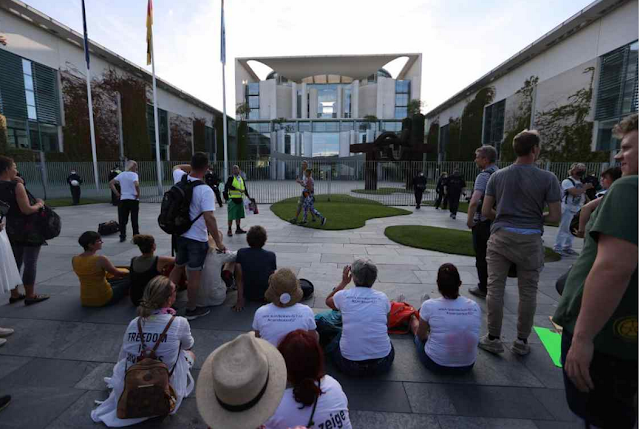