Can You Save The MKUltra's Sheep Who Trust The Experts, The Government, The News? Epiphany 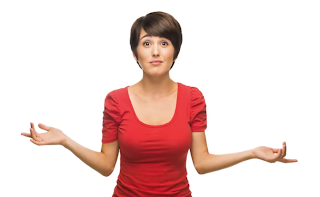 The concept of an “epiphany” is an important one; where a person’s mind changes on a physical,
neurochemical level to the extent that their world view changes.

The moment a person is “red pilled” is an epiphany and it is very much the concern of media and Internet shills and their manipulative overlords because they do not want people to have the realization that the system is corrupt from top to bottom. But, if you do have that realization, there is a plan for you; to do nothing and sit idly by as corrupt forces continue their work.

If you manage to raise your level of awareness across multiple narratives, the system almost doesn’t need to care about you, anymore, as there are not enough of you to do anything.

While there is a great deal of science that goes behind manipulating people, the tradition is as old as human history, itself; it’s origins magical from the perspective of the ancients. Whether you call mass manipulation “hypnosis,” “psychology,” “magic” or “science,” the fact of the matter is that it is there in a more constant form than ever, impossible to avoid, and invisible to those who aren’t paying attention or willing to research and think for themselves.

Like the idea of dark matter, you cannot see it directly (at least, when done well), but should be able to test and compare data data in different circumstances to detect it. There are many confirmed real world examples of mass manipulation that people should be aware of, because it is very easy for people to believe that it is not happening to them.

Many say that is too big of a conspiracy to keep secret; though we already see how it works with a variety of leaks, court cases and plenty of proven real world examples. If you encounter this argument, you have probably encountered someone who is hypnotized into misunderstanding the word “conspiracy”, where a group of people work together to commit crimes.

It sounds weird, but this is like black magic. Secret words have been spelled out that the public is not aware of, but creates the illusion that there is a consensus about any given personality; like say a politician, a singer or an actor. A web of mutual non-disparagement agreements works as a form of forensic interruption, preventing people being held accountable for crimes.

Between non-disclosure agreements and non-disparagement agreements, there is a web of protected relationships where people, products and even governments are not allowed to be discussed in a negative light.

This has created an extortion racket by the media. If you don’t buy in, then you are fair game. Not only are you fair game, they will harass you until you buy in because they literally need something to do due to their lack of ability to speak negatively about their cohorts.

When you consider the nexus between government and media, the problem is compounded when you introduce the concept of keeping things secret for national security. Policy has created the circumstance that corporate and secret government interests are intertwined and they become aligned in keeping each other out of jail.

While a lot of this is managed at upper echelons, the system is merely taking advantage of human nature, which is why government and media should be operating from a “zero trust” stand point and not the other way around, like it currently is. There is and never has been any reason to trust the media or the government, and doubly so when their interests are aligned. There are many proven real world examples.

The first ingredient to modern mass hypnosis is saturation and repetition. Your first clue that the message is artificial is when many corporate, government and astroturfing grounds all agree on the same thing. It's only more of a labyrinth, from there. Help as man people, as you can, get started on their journey to waking up.