Capitalism, The System That I Hate The Least 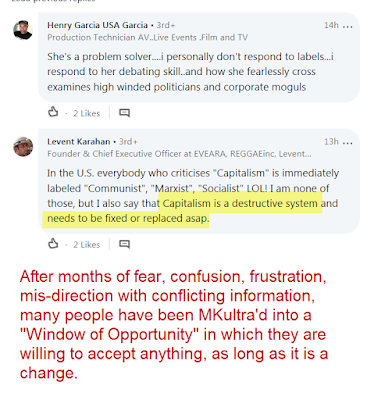 Capitalism is the best out a series bad choices, the one I hate the least. The problems we have seen,
especially in the last decades are rampant corruption, bribery, blackmail throughout our government, criminal justice system, and certainly corporations don't need additional incentive to be bad actors. But the absurd neo-left has been also programmed into our universities and schools, very deliberately, common core was pushed by who other than Eugeniscist Billy boy GAtes. All the while China was "incenticizing" our best and brightest professors with an average bribe of $700k per year, and outright stealing our research clandestinely but also more directly through the now infamous "1000 talents" program.

My Alma Mater, Northwestern, pumps out radical leftist agendas to their alumni like it is 100% accepted and agreed on. Their stated number one objective as a university is for "everyone to feel safe". I wrote them a strongly worded letter informing them that their real obligation was to develop strong resilient individuals who could critically think. Even among employees, I now find that anyone under 40 cannot take the slightest bit of criticism. So I discriminate via ageism. If under 40, no work for me.

Much of that corruption and blackmail is due to a story playing out in real time with Ghislane Maxwell, and Victoria's secret's Billionaire Wexner, the ONLY investor in the sham called Epstein's investment services. If you are not very familiar, please research it. What they did on Little Saint James island went far beyond JUST having sex with abused mind controlled under age girls.