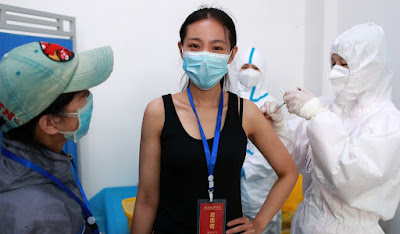 Per ACD, a non-engineer that can still use the English language

30 years ago, I couldn't even imagine myself as an Engineer!   How I are one!

PART ONE of The Dialectics of COVID-19

Used here in the Marxist sense of the word , the dialectics of "COVID-19" has become both a multi-layered cover-up of malfeasance by amalgamations governments | corporations and a multi-dimensional obfuscation of base Reality.[1]

My purpose in assaying this essay is to deconstruct the putative history and continued evolution of “COVID-19”, which term now extends far beyond virology, biochemistry, and human physiology and encompasses political, social, and economic “externalities”, especially as those relate to international agencies, institutions, and transnational corporate entities (e.g., UN, WHO, IMF, BIS); to national, state, and local governments and their agencies,

all of which are “incorporated”; and such corporate “stakeholders” as included among Big Oil, Big Pharma, Big Medicine, Big “Money”, Big Media, and “Big Agriculture”, among many other “biggies” [for example, Big [alphabet letter] Street].e.g., [2]

Now, imagine yourself awakening in a Hall of Mirrors.  You have no clue how you came into the Hall where most reflections appear real, other partial or distorted – the latter obviously fake, in other words.  You know not the layout of the Hall or how far it may extend in any direction.  Thus you have no clue where or how long you might have to wander to find an exit.  You do not even know IF the Hall of Mirrors HAS an exit!

You may consider what follows a hand-sketched road map, the information contained therein the contribution of a diverse array of investigators, journalists, and scientists.  Apropos, I plot several key milestones that serve to give orientation to where you find yourself in – if not guidance specific to escape from – the Hall of Mirrors.

The first layer of dialectic most people missed at its onset (or outset):
I.  COVID-19 real, actual | COVID-19 "made up", fictional, not actual, not real

Some analysts (e.g., Jon Rappoport) point out that no one has isolated and positively identified COVID-19; that no test as currently applied specifically detects or positively identifies COVID-19 in human beings; and that symptomology arguably associated with COVID-19 also signals other possible respiratory conditions and ailments.  In the fewest possible words, we have no scientific evidence that “COVID-19” per se exists.  Absent such evidence, we have no rational basis for asserting that COVID-19 does exist.

Other observers, many with medical training, recount encountering people (patients) with unusual (and unusually severe) symptoms (for example, "I can't breathe!", accompanied by coughing and a fever).  I recently spoke with several physicians, one the Chief of Staff of a good-sized hospital, who concluded that the disease they treated was "COVID-19".  Of interest to me as a Pharmacologist, each reported that, if a virus, then the viral condition was the easiest they have encountered to treat successfully.  Yes, among many successful treatments now documented, when prescribed and taken appropriately, hydroxychloroquine (HCQ) proved safe and effective.

As would an appendage, the second layer of dialectic adheres very closely to the first:
II.  COVID-19 real, actual -- and natural | COVID-19 a real, actual, man-made bioweapon

Although among the first featured in and pushed through MainStreamMedia (now mostly discarded), some theories (theses) pointed to Wuhan’s "wet market" – and, of all things to eat, bats! – the location of said market coincidentally close to a Level 4 (bioweapons) laboratory.  These theories rely on the notion of “cross-species transmission”.  Of late, other, similar theories put forth the idea that COVID-19 was initially isolated in a subpopulation of human beings, say, by scientists working at the Wuhan laboratory.  That is, COVID-19 was real and natural and obtained from human beings, not bats or other kind of animal (e.g., cats, dogs, pigs, or birds).  This kind of theory avoids the unfounded, unproved, thus problematic assertion of “cross-species transmission”.  Not that the ordinary man or woman listening to CNN or FOX News would discern any problem with such stories, especially with no expert rejoinder from a competent, objective, and honest virologist.

Another school of thought (anti-theses) holds that scientists|bioengineers designed and intended COVID-19 – a modified “corona virus”, an artificial, man-made entity – to have heightened transmissability among people and much greater lethality than other, naturally occurring corona viruses (namely, "common cold").  In fact, many point to the efficacy of treatment of those infected with hydroxychloroquine (HCQ), an inexpensive, (then) widely available, proven medicine with preventive as well as ameliorative effects for a diverse array of diseases, from malaria to lupus.  After all, if the weaponized corona virus – COVID-19 –were released indiscriminately (or regionally, say, Wuhan, Milan, Iran, and New York City) to infect as many human beings as came into contact with the “virus”, then those in charge of this “live exercise” (per US SoS Mick Pompeo) would want to have the prophylactic, the cure, the preventative in hand and in their bodies to ensure THEY did not get infected and then succumb to their own bioweaponry!  Several “world leaders” professed to take HCQ (among them US POTUS Trump); other, lesser political leaders either “banned” the prescription of HCQ by medical doctors or otherwise restricted its availability to people not among the “select” or “elite”.  Why would they do that?!? one can legitimately query – even today.

At this stage of the dialectical process, we find conspiracy theories spun out by such as Veterans Today.  Components of these theories included (1) University-based laboratories (e.g., North Carolina, Harvard U., and one in Winnipeg, of all places!); (2) so-called Level 4 [bioweapons] Laboratories (e.g., Fort Detrick in Maryland, since reportedly closed down, the laboratory in Wuhan reportedly funded by the WHO, US NIH (Fauci), and Bill Gates, Jr.); (3) professors and other scientists who received (secretly?) money from China and|or who went to Wuhan to continue their "studies"; and (4) graduate students from China who stole (or attempted to steal) vials of "secret toxins" from these laboratories.  Some or all of these imaginative (?) "building blocks" served to erect explanatory edifices in the name of COVID-19, supposedly first "released" in Wuhan, China.  For example, Veterans Today pushed the story that military games held in Wuhan (where else? one might query) provided the cover for US agents to plant the virus “made in the USoA” (or in Israel) in Wuhan with the strategic aim of “blaming China”!

The third layer of dialectic deals with the consequences of COVID-19 presumed (assumed) “real”:
III.  COVID-19 caused “excess” deaths | COVID-19 no worse than the “flu”

The third layer of COVID dialectics brings us to a murky morass of “numbers”, raw data, and statistics – the kind of “input” makers of policies, passers of “laws” and statutes and ordinances, dictators of “how it shall be notwithstandingly”, program developers, MainStreamMedia, and ordinary, street-level people (end consumers of “information”) need to discern fact from fiction, illusion from Reality, and to ascertain disinformation|misinformation masquerading as reliable, actionable information.

At this level of discourse, you will find those who assert that, once released into populations (Wuhan, Milan, Iran, NYC, and from there to the world at large), the bioweapon proved a "dud", failing to achieve the spread and adverse consequences for which The Power$ That Be (TP$TB) planned and practiced not only during Fall 2019 but also long before as well.  You will also find those who hang their hats on statistics showing (1) greatly increased numbers of deaths (statistics seasonally adjusted, of course); (2) extraordinary rates of infection (“COVID cases”, whether symptomatic or nonsymptomatic, not matters for your concern!); and (3) reports of hospitals overwhelmed by the “pandemic”.

PART ONE of The Dialectics of COVID-19 [to be continued]
[1] FROM https://en.wikipedia.org/wiki/Dialectic:  Dialectic or dialectics (Greek: διαλεκτική, dialektikḗ; related to dialogue), also known as the dialectical method, is at base a discourse between two or more people holding different points of view about a subject but wishing to establish the truth through reasoned methods of argumentation. Dialectic resembles debate, but the concept excludes subjective elements such as emotional appeal and the modern pejorative sense of rhetoric.[1][2] Dialectic may thus be contrasted with both the eristic, which refers to argument that aims to successfully dispute another's argument (rather than searching for truth), or the didactic method, wherein one side of the conversation teaches the other. Dialectic is alternatively known as minor logic, as opposed to major logic or critique.
Within Hegelianism, the word dialectic has the specialised meaning of a contradiction between ideas that serves as the determining factor in their relationship. Dialectic comprises three stages of development: first, the thesis, a statement of an idea; second, the antithesis, a reaction that contradicts or negates the thesis; and third, the synthesis, a statement through which the differences between the two points are resolved. Dialectical materialism, a theory or set of theories produced mainly by Karl Marx and Friedrich Engels, adapted the Hegelian dialectic into arguments regarding traditional materialism.
Dialectic tends to imply a process of evolution and so does not naturally fit within formal logic (see Logic and dialectic). This process is particularly marked in Hegelian dialectic, and even more so in Marxist dialectic, which may rely on the evolution of ideas over longer time periods in the real world; dialectical logic attempts to address this.
[2] https://en.wikipedia.org/wiki/Externality:  Two British economists are credited with having initiated the formal study of externalities, or "spillover effects": Henry Sidgwick (1838–1900) is credited with first articulating, and Arthur C. Pigou (1877–1959) is credited with formalizing the concept of externalities.[ref 8]
The word externality is used because the effect produced on others, whether in the form of profits or costs, is external to the market.
A negative externality is any difference between the private cost of an action or decision to an economic agent and the social cost. In simple terms, a negative externality is anything that causes an indirect cost to individuals.