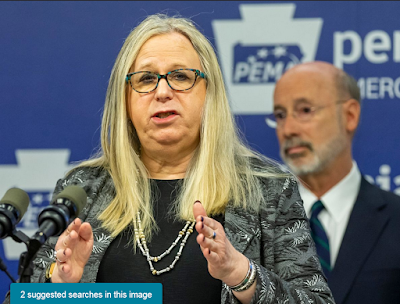 stock here: my opinion, there are maybe a fraction of a percent, or maybe a few percent of humans that are just wired differently.

There is another subset that are not what you would call "really gay" but simply not up to the task of deeply connecting with someone that is far different than themselves, i.e. the opposite sex.

The ability to connect deeply, and "get along" and make compromises and see things from their perspective when needed, takes effort, takes getting past some cognitive dissonance of your own, and can be highly rewarding, and fill in the missing colors in your own paint by number book.

When children are involved, it can color their experience in a very enriching way when they get to experience first hand the best aspects and strengths of both male and female.   This produces a better and stronger and more resilient and more tolerant society.

And that is why the powers that be, that simply want control, want to push the transgender and alphabet salad meme.    People that are off balance are easier to control.

And to take a firm stand on being very politically incorrect -- when you give weird, damaged, or compromised people power and privilege, they will pretty much do anything for those who financed their election or more their appointment.   Including murdering seniors in nursing homes in the worst possible way, suffocating them to death on a ventilator, further blowing up their lungs, all alone, not even understanding why their family had "abandoned them".

I tried to do a @threadreaderapp rollup and it failed for the first time.   All assets deployed, all tools broken.

Gender dysphoria sufferers need sound evidence to guide life-changing decisions. So a study that "lends support to the decision to provide gender-affirming surgeries" could have big clinical implications. But now, a review of it has "demonstrated no advantage of surgery”.

I wonder if a refutation was in the works and the authors changed their tune before it hit the press.

A 2019 study that painted a rosy picture of the mental health benefits for individuals who undergo gender reassignment surgery was wrong, its authors have said in a published correction.

The correction, published by the American Journal of Psychiatry, concluded that after reviewing how the original study’s numbers were crunched, “the conclusion that ‘the longitudinal association between gender-affirming surgery and lower use of mental health treatment lends support to the decision to provide gender-affirming surgeries to transgender individuals who seek them’ is too strong.”

In an Op-Ed published by the Heritage Foundation, Ryan T. Anderson wrote that the study’s authors now admit that “the results demonstrated no advantage of surgery in relation to subsequent mood or anxiety disorder-related health care.”
Most of the study’s information is behind a paywall.

The correction is significant because when the study came out, it was ballyhooed to the skies.

Others had been less kind, and the authors eventually went back to re-evaluate their work and publish the correction.