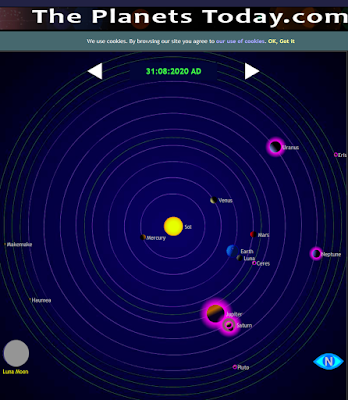 Jupiter and Saturn are coming up for a rare 20 year alignment, on amazingly, the Winter Solstice, Dec 21, 2020, 12-21-2020 what a number!    And that means a time for great change.   They will in Aquarius at the time, and we overall are in the "Age of Aquarius".   Hmm halfway between the next US election and the swearing in of the new president.

When I searched for the above the Heliospheric connection to water planet Ceres, and nothing came up, my spidey sense went off.   I'll dive in more later, but have to find a different way than DDG to get at scientific sources.

So all the planets are electrically / magnetically connected to the Local Yellow Dwarf.....our sun.    Material is continuously exchanged back and forth.  Not much, but in an environment where there is very little, the very little matters a lot.


Ceres was discovered in 1801.  It is 1/13 the size of the earth, much less massive.   But astronomers are convinced that it is full of water below the surface. 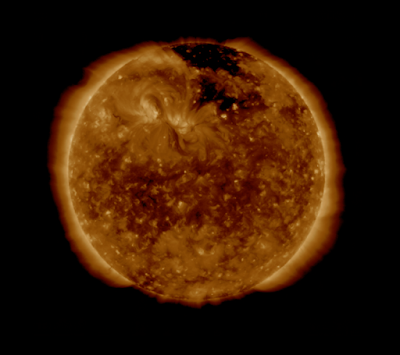 Hydrogen, and everything under the sun, is continually ejected from the sun.  Mostly hydrogen.   So when that Hydrogen hits a space rock with minerals that contain oxygen, water is formed.

Rather than being super rare outside of earth, it is becoming well known that water is likely to be abundant in the atmosphere.

Take a look at this ten most popular rock minerals.    9 have oxygen as an important component.

So Ceries, being full of water, it would be my guess to have a strong electro-magnetic connection to the sun, and when all lined up with earth....I would think "Earthquake".

Plus the Earth is now near the highest point of it's orbit around the sun, we are seeing more of the north pole of the sun which is why the coronal holes appear larger, more are shown to us.     The CH is an area of reduced magnetism in which more stuff can be ejected from the sun, this with the Interplanetary Connection Field, ICF, may have effects on planetary magnetics and earthquakes.