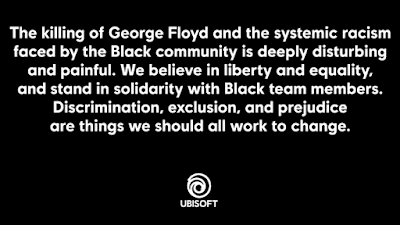 While visiting your fine establishment recently I noticed several signs in the window promoting BLM.

Although this may seem like a kind and caring thing, a broader outlook is needed.

I have not witnessed a single thing that BLM has done positively for anyone.   They teach black men that they don’t have to listen to police orders, and we all do, it’s a law.   Even if the cop is wrong.    And then black men and boys get killed.     And then there are riots, and the facts do not matter any more at that point.

Note Kenosha.    Much of BLM “funding” and now their plate carriers, shields, military style equipment is provided to them by those that wish great harm on the USA.

The narrative that there is "systemic racism" is a lie, meant to inflame, to create hatred.

If you look up PacBlue, they are the funding source for BLM, it seems like in 2019, $5M went to BLM officially, and 1,800M went to democratic candidates, almost $200M went to socialist Sanders.

It’s a paid insurgency, an attempted take over of the United States.     Dig a bit deeper and you will see that all that I say is correct.

When 90% of all media is controlled by just 6 entities, and when they all push a specific narrative 24/7, you need to be very careful of accepting any information without vetting it.   And this is hard to do, most don’t have the time, but it is absolutely necessary.   Other things must be pushed aside if you wish to have access to real information.