Shad**Gate Is Now Banned By YouTube, Young Mother Activist Reporter Who Narrated It, Still In Jail On Trumped Up Charges 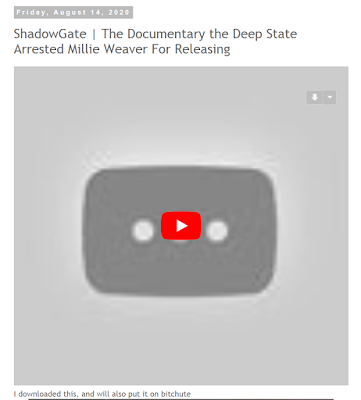 The documentary "Shad**Gate" is more an expose' rather than a smoking gun.    The first third is kind of background, and then the psy-op expert "biker guy" does a run through on how his bike can operate as a high throughput video capture and communication device, but odd that he relies on WIFI and does not employ cellular also.

A commenter had this to say


an hour ago
Just watched the film. I’ll take some more time to process but my initial impression is that this is simply naming Some names and connecting some dots to what we all know is going on and is probably inevitable. Full spectrum dominance over all information. Creating a single web that captures as much as possible on everyone and everything (which I actually assume has existed for a long time already) and is then used for control. I think as significant as the influence of psyops is the aspect of the digital social score. Picking winners and losers. That is at least as powerful and dangerous and I’m surprised that wasn’t highlighted a little more. I think the bit about Trump and Stone being in there and saying the Republicans are equally as in on this I think might be for a couple reasons. 1) To make the film appear a little more objective and perhaps try to get some of the super brainwashed people on the left to pay attention and consider the information. But also perhaps some element of psyop to delegitimize Trump’s election. Which in truth was as legitimate as it gets. As for Millie’s arrest I think that is probably pretty simple. Naming names. These people can pretty much pull any string they want. They pulled hers. And it seems they may have been manipulating her in some other ways but ultimately pretty sloppily and she got the best of it. Now though they will squeeze her like they always do. Love and prayers!


I guess that is to establish some tech-cred, and to loop in the cool biker aspect, as Sturgis rolls now.   Gratuitous biker chick photo attached. 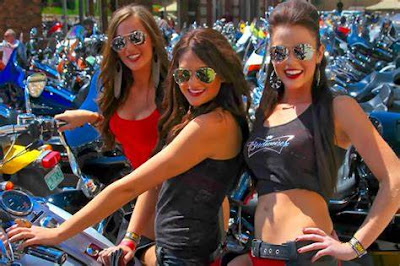 But as you get to the end of the documentary, you can see how all the rat trails join together, the common cast of characters, the bad actors, the rule breakers, spies, and corruption that rails against the good and honest and organic.

I do wish someone had a transcript.    It's a new week and I need to have a huge week, don't we all.   Including getting to the firearms range for the first time in a while.

And from my bitchute, I preserved the documentary.