Soros Funded $116,000 to Corrupt Prosecutor Kim Gardner, Days After Charges Filed Against Couple For Protecting Themselves 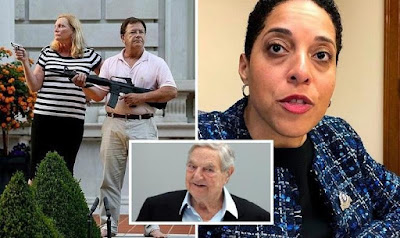 A Missouri Ethics Commission filing on Saturday showed the Soros donation to the Missouri Justice and Public Safety PAC formed to support Gardner, and indicated the liberal philanthropist was the sole donor to the group so far.

The PAC reported it has spent about $104,393 so far, including about $77,804 directly on Gardner. Soros' donation allowed the group to pay off prior debts it incurred in supporting Gardner, who faces a primary this Tuesday, the new report showed.

You can review the latest report here.