Soros Says "Eyes on Europe, Europe At Extreme Risk", USA "No Problem" Because of Constitution: Asshat: USA is the Prime and ONLY Target At This Time 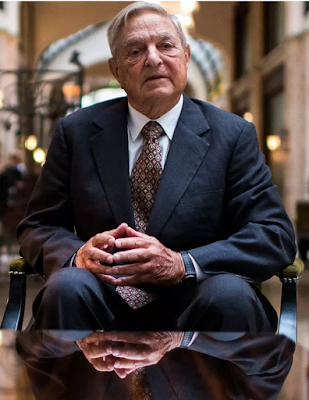 Q) So how do you see the situation in Europe and the United States?

But in the US you have a great tradition of checks and balances and established rules. And above all you have the Constitution. So I am confident that Trump will turn out to be a transitory phenomenon, hopefully ending in November. But he remains very dangerous, he’s fighting for his life and he will do anything to stay in power, because he has violated the Constitution in many different ways and if he loses the presidency he will be held accountable.

Soros was permanently kicked out of Hungary, he was so despised in his home country.   Note, Soros is a USA citizen, he can be tried for treason and put to death.

So he blames Hungary as one of the worst threats to Europe.
And of course, you know Poland is independent, and a great friend to USA at this time.

Q) Who are the enemies inside?
A) There are many leaders and movements that are opposed to the values upon which the European Union was founded. In two countries they have actually captured the government, Viktor Orbán in Hungary and Jaroslaw Kaczyński in Poland

The scale back of plans on climate change and defense policy is particularly disappointing. Secondly, they also want to make sure that the money is well spent. That creates problems for the southern states that were the hardest hit by the virus.