Assassination Attempt, Delay the Supreme Court Nominee, Eliminate the Debates -- Of Course The Cabal Will Murder

I posted that the mass infection of the Republicans was an assassination attempt, yesterday, and was 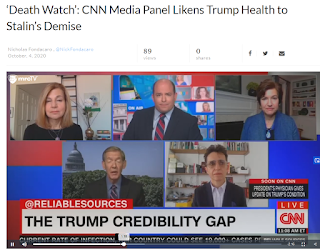 soundly mocked.    Methinks over the target.

Consider why the Democrats even allowed that chance for Biden to do an in person debate......the risk was high.    The needed access to Trump.   It is too late to test the Republican debate preparation room for virus.    But I guarantee you, it has a separate HVAC system than the Democrat area.

Think about the President and the Secret Service and the military intelligence who are protecting the President from China and the DS Ashkenazi who have managed the destruction of this Nation for the last 100 years.

Trump did rally after rally and he was fine, then after the debate where the Communist Dems were allowed direct access to Trump and the Republicans eight people (at least) all republican come down with the China virus. 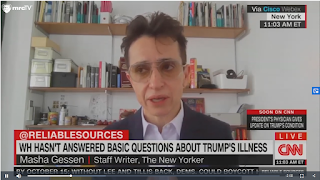 It was the first time the DS was allowed direct access to Trump.

----------------------- Alternate "side effects" is the Dems calling for the cessation of the Supreme Court approval process, and the chance to stop the debate, or make them "remote" where Joe could be more easily fed information and not be detected.

The CCP immediately celebrated Trump's illness as did the MSM, they instantly started to say he was going to die, and even wished him dead. The tell was the 30 hour delay of China to wish Trump well, that delay in well wishing is a MASSIVE DEAL in diplomatic terms.

Look at how these Communist perverted Ashkenzi were talking about the illness of the President?

Masha thinks Trump was dying like Stalin? My question to Masha is do you wish you were born with a penis? Something clearly is broken in that "woman". And is "her" preferred pronoun "it" because I think "it" really is more accurate for "it" than "her".

Why did no democrats come down with the Virus?

Biden and the CCP allowed the debate to go forward because they needed access to the President.

If Trump is sick with the CCP/dem virus, Biden would not have to debate Trump again, the MSM thought this finally was going to take Trump out.

Hence the hysterics of the MSM after yet again another failed assassination.

I agree with you that it was done intentionally. But covid seems a terrible thing to try to assassinate someone with such a high survival rate. Maybe something else was used and the Trump team is trolling them and using against them? Maybe they just wanted him off the campaign trail for a few weeks and not to do the debates?

Well at 74 and pretty fat Trump had a significant chance at death statistically.    However, I have known for years that Trump is some type of a cyborg, his health and energy are just magically high, he is a lucky man even though he doesnt live "healthy".    He is the only president that never goes on runs.

Some mammals just have this.    My German Shepherd at 12 years old and large, effectively 90 YO, has never had any sickness, rash, bad blood results, in perfect health except for minor arthritis.    Some mammals are just lucky.

And this is what the leftists "think" 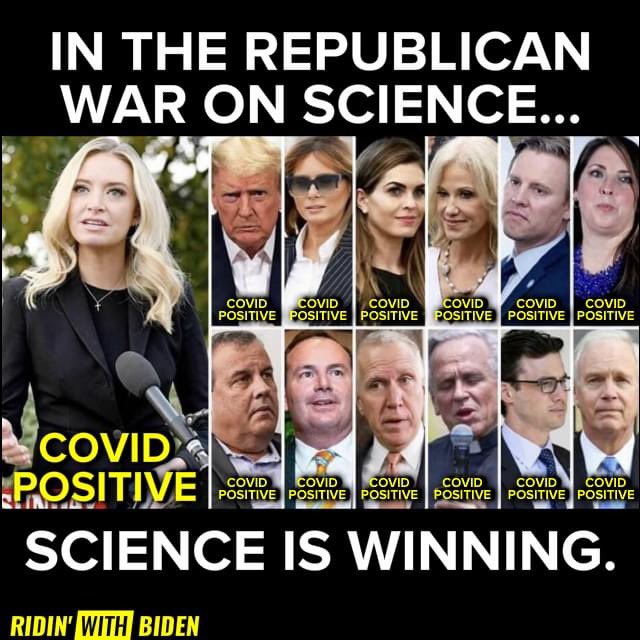