Assessment of "Crazy" important prior to any relationship. 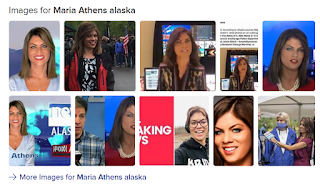 As with any job interview, people seem "obligated" to start showing the real them, on about the third meeting.   Don't hire crazy, don't continue to date crazy.

Crazy is out there, and you can't fix them, can't really help them, really can just enable them.

Same with sociopathy.   We wrote on Sociopathy quite a few times.    A Sociopath is not "anti-social" as I thought years back, they are far more dangerous than that, and if you don't have exact knowledge, you need to get exact knowledge. 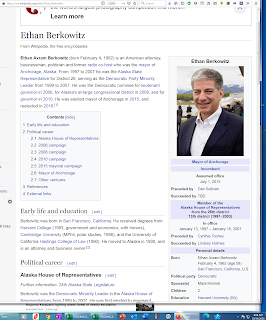 It appears that sociopathy is more of a male trait, and maybe it is, but also I think, like autism, females are able to hide it better.   Here is a good article on how to spot a female sociopath, as they are considered to be more dangerous than male sociopaths.    Is the Alaska Crazy Reporter a sociopath?   Probably not, they prefer Quiet destruction.

I have posited that working in nuclear and being a sociopath are very compatible.  Think about the power of "you can't prove I am killing your children".

I was trying to explain to a peer group, how the classic debunkers are so slanted as to be laughable.

Here is "heavy" trying to pretend that the insane, death threat, former lover was arrested because she

reported a sex scandal.    In fact, she was arrested at her place of work for assault and disorderly conduct, and that did not involve the Mayor whom years back she had an affair.

Link to the death threat

I downloaded too, and will put on bitchute