stock here: Maybe it was April this year 2020, when I "discovered" that populations never get anywhere near to the low ball herd immunity level of 60%, Fauci would have you believe 80% (unless you have a vaccine).   And yet the corona-viruses fizzle out, never come back except for a very localized flare up.

So how can this be?   Not to poke fun at them, but all the scientist are befuddled, and no one has any conclusion, much less even a hypothesis, on why the corona viruses just go away. 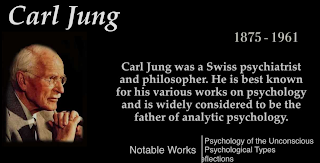 So while waiting for a medical procedure, refreshing a read of Carl Jung and the Collective
Unconscious, it occurred to me what a huge evolutionary advantage it would be, if a population could "program" / adapt it's T-cells (white blood cell antibodies) to react to a new viral threat.

And thus I throw my lot impetuously with the great Carl Jung of Sweden and advance the hypothesis that at least in humans and likely in other higher order mammal, our collective immune system can be "programmed" most likely while we sleep, through the collective unconscious and some help from the Dream Weaver.

A 3 minute YouTube of great quotes of Carl Jung.

But better yet, watch on Bitchute.    Defund YouTube, they are part and parcel of the Cabal

There is indeed a disturbance in "the force" if you will.....the never ending bullhorn of the Cabal's media creating fear, uncertainty, doubt, distrust, whilst paid forces kill and burn the country down.     Perhaps this instance of the force is also the Collective Unconscious.   Who doesn't feel a bit off base.....even if you understand what is going on?

Meditation can help, but we all swim in this sea of the Collective Unconscious.   You can mitigate, but you can't avoid effects, keep them to a ripple, not a rogue wave.

And for the "Liberal types" who can't seem to integrate cause and effect, feelings from facts.....

And here a thoughtful discussion submitted by ACD.    I don't mean the Birx/Obama "Team"