Harry Reid: Ribs are the worst....they remind you of "the event" for many months.

Senate Majority Leader Harry Reid broke "a number of ribs and bones in his face" while exercising last night in his Henderson, Nevada home.

The senator was reportedly injured after the exercise machine he was using broke, causing Reid to fall. He spent the night in the hospital as a precaution and plans to return to DC on Tuesday. 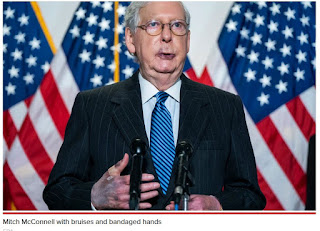 And another GA Senator ---- a Republican who resigned last last