Project Looking Glass: Similar To Being Drunk It Exposes the Soul and Ego Of The Looker 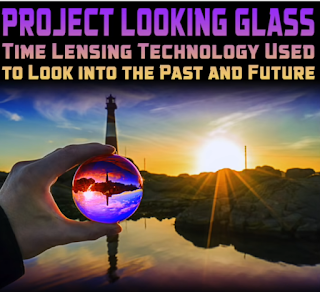 Being from Wisconsin, people here like their beer.    And for a long time it became obvious that some people were rude or mean "drunks".    It's a solid tell.   These people have defective personalities....maybe not the dark Triad, but nevertheless, they should be eliminated from your life as much as possible.

And I am not sure if she is an Autist or not, but Anna Von Reitz has very sharp perception, and does think out of the box.     A reader, ACD, follows her work and send me the best of it.   Here is one.

Anna's premise is that Project Looking Glass identifies the psychopaths that are trying to control our world, and rather than "wake them up" to not being assholes, it amplifies their worst personality features, and makes them believe they are justified and on the right track.

If you search "PROJECT LOOKING GLASS" you will get a wide range of interpretations, but the main idea is being able to look into the future, using super computers, or just a fleet on interconnected normal computers.   There are many similar memes

This one is kind of fun, it links a 1900 book about Baron Trump's Underground Adventure, to current events, and of course today's Baron Trump, and COVID Trump. 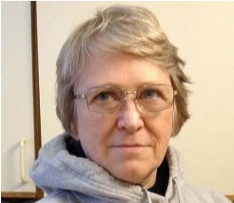 Remember the Harry Potter movies?  Remember when Harry stumbled into an attic room and found the mirror that showed him his fondest desires?  Well, that's "Project Looking Glass" in the actual world.  It also shows the "Lookers" what they want to see, but not what is true.

So no wonder that nine out of ten "Lookers" saw a future in which they were exalted and in control of the whole world.

No wonder that they saw the population of the world vastly reduced.  Their own ego-centricity and false beliefs mandated that.

No wonder they saw what was left of humanity (after they themselves spawned a "limited" nuclear war and hid out from the results in Deep Underground Bases (DUMBS)) subjected to their rule.

They even coined their own special code phrases --- like "future proves past". and "rule of destiny".

It never occurred to them that all the Looking Glass reveals is them--- their evils, their prejudices, their intents, their desires, their beliefs.

The Looking-Glass can only reflect back what it sees in the Looker.

So what these men have seen via Project Looking Glass is only their own ego revealed. Nothing more.

And they even missed the point of the revelation: judgment.

In ancient times this technology was used to judge the motives and guilt of individuals by revealing their true desires.

Thus a righteous person can look into the mirror and nothing but compassion and justice and kindness will be revealed, but a madman's ego will also be revealed.

Such is the mentality of madmen, that instead of taking the mirror's message as a warning and a means to re-evaluate the truth about oneself --- and change oneself --- they seized upon it as an instrument of prophecy, telling them all that they wanted to hear.

As my husband asked under his breath at dinner tonight, "God, are people stupid?"

Too often we just don't get it, and Project Looking-Glass is a good example of people not getting it.

So are electric cars.

Don't we understand that 90% of all electricity comes from oil and gas?  And that at each step of energy production, there is a loss of efficiency?

That is, if you burn oil and gas the direct conversion into motion via a gas engine is far more efficient and less wasteful than converting it to electricity and then using electricity to propel a car?  Or a train?  Or anything else?

What possible excuse-- beyond political cupidity-- does a "scientist" like Elon Musk have for promoting electric cars?

What possible excuse--- beyond political cupidity-- does a "doctor" like Anthony Fauci have for promoting a bogus pandemic?

Do we all realize that six months into this farce there has been no actual specific virus strain isolated as a causative agent for any of this hoo-rah?

And even more damning, there has been no effort to begin the work necessary to isolate any such virus?

What are they testing for?  Our stupidity factor?

When we aren't buying enough of their services to suit them, they create phony crisis scenarios as an excuse to charge us for crisis-related services.

A billion doses of vaccine for a virus they haven't even identified.

Ten million ventilator units that aren't needed and only harm the patients.

None of this has anything to do with factual reality or health or energy efficiency.

It's all nothing but lies and reflections of self-interest, like the Looking-Glass---the true purpose of which has continued to elude the Perpetrators, even to this late hour.