Those Ignoring "The Science" Pretend That They Are The Ones "Trusting The Science", And They Deserve Jail 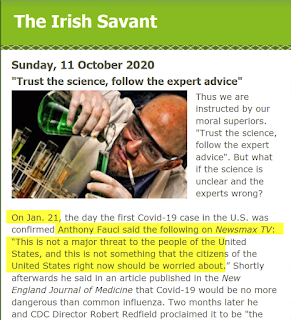 stock here -- Some colleagues have opened my eyes to some great websites,
where autists create the news by deep diving what is open source.

This is one of them.   For some reason my spirit is pulled to mostly Scotland, but also Ireland.   They are amazingly important in the world, for a reason that perhaps I shall discover on my pilgrimage.

Thus we are instructed by our moral superiors. "Trust the science, follow the expert advice". But what if the science is unclear and the experts wrong?

On Jan. 21, the day the first Covid-19 case in the U.S. was confirmed Anthony 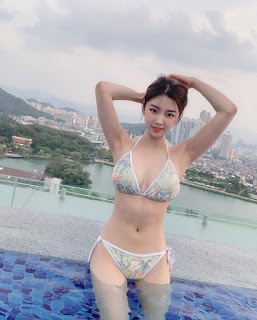 Fauci said the following on Newsmax TV: “This is not a major threat to the people of the United States, and this is not something that the citizens of the United States right now should be worried about.” Shortly afterwards he said in an article published in the New England Journal of Medicine that Covid-19 would be no more dangerous than common influenza. Two months later he and CDC Director Robert Redfield proclaimed it to be "the greatest public health crisis that has hit this nation in more than 100 years.”  The WHO's latest mortality rate figures (this week) show that only 0.13 percent of those infected will die. That’s 26 times lower than WHO’s originally suggested death rate of 3.4 percent. This 0.13 percent death rate is almost exactly the death rate for the common flu.
"Trust the science, follow the expert advice"

In March of this year Professor Neil Ferguson, head of the MRC Centre for Global Infectious Disease Analysis at Imperial College London, issued a horrifying report which projected 500,000 deaths in the UK arising from the Covid virus. But not long after that he revised the half a million to just a few thousand. Just like that! Some expert. But he had form going back many years. In 2002 he predicted that up to 50,000 people in UK would die from Creutzfeldt-Jakob disease (“mad cow disease”) possibly to 150,000 if the epidemic expanded to include sheep. How many actually died? A grand total of 178. In 2005 he forecast up to 200 million deaths worldwide from H5N1 ("bird flu"). The eventual body count? 78. No, not 78 million, 78 people. That model might need a bit of work, Neil. Then in 2009 he warned that H1N1 ("swine flu") would kill 65,000 people in Britain. The eventual body count? 457. Not 457,000 - 457 deaths. Similar doomsday Covid fatality figures have been published by other prestigious research organisations.
"Trust the science, follow the expert advice"
The effectiveness of masks has been in dispute from the onset of the plandemic. The head of infectious diseases at the Netherlands’ National Institute for Public Health (RIVM), Jaap van Dissel, has argued there is no scientific proof of cloth masks’ effectiveness, and that they might in fact do more harm than good. US Surgeon General Jerome Adams on Feb. 29 beseeched the public as follows: "Seriously people — STOP BUYING MASKS!” The CDC initially said "if you are NOT sick you do not need to wear a facemask unless you are caring for someone who is sick (and they are not able to wear a facemask)". The effectiveness of masks remains to this day - to put it mildly, under dispute. Yet moves are afoot in most Western countries to make their wearing mandatory.
Trust the science, follow the expert advice
Originally the WHO and other experts warned that Covid-19 can be spread from contact with contaminated surfaces and objects. This in turn lead to the use of surgical gloves and the maniacal scrubbing of door handles and, tables surfaces that we've all seen. Such warnings, while not withdrawn, have been discreetly slipped down the Memory Hole. Same with ventilators. Remember them? We needed hundreds of thousands to be produced.  NOW! Until the experts found that they were killing more patients than they were saving as evidenced by a study of 2,600 New York City patients which found an 88% death rate among Covid-19 patients placed on respirators.
Trust the science, follow the expert advice
The Lancet, arguably the most venerable medical journal, published an article earlier this year headlined “Hydroxychloroquine: Trump’s Covid-19 ‘cure' increases deaths, global study finds.” Shortly afterwards they published a full retraction and withdrew the paper Just like that.

Trust the science, follow the expert advice
The foregoing brief summaries show that the experts have, at one time or another, been wrong, sometimes catastrophically so, on just about everything of substance related to this virus. Maybe I should correct that. The experts who dominate the discourse have been wrong. Many others, voices crying in the wilderness, have been calling out the hoax from the beginning. Their numbers have grown of late. Take for instance the Great Barrington Declaration which has now been signed by nearly 6,000 scientists and medical experts across the globe as well as 50,000 members of the public. They say keeping the lockdown policies in place until a vaccine is available would cause "irreparable damage, with the underprivileged disproportionately harmed". Yet we see pressure for more draconian lock-down measures all over the West.
So who do we believe?
My suggestion: Our belief should be guided by the knowledge that the Covid-19 Project represents one of the greatest hoaxes ever perpetrated on the public.
at 00:36 25 comments: 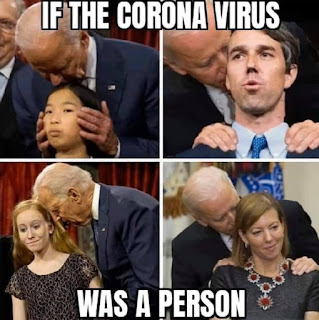 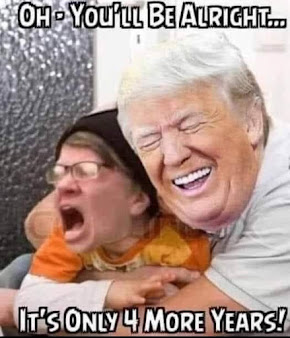 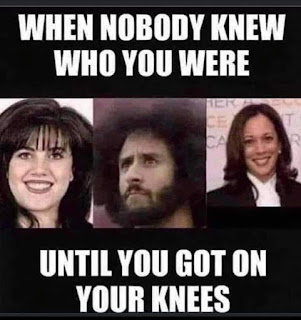