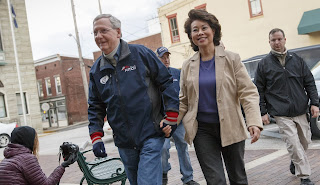 stock here--the report is above

And let's not forget how turncoat McConnell married into Chinese money.....do some research.    It is not a pretty site. 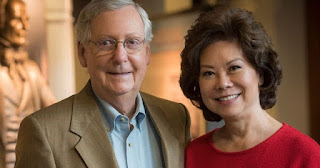 Director of the Office of Trade and Manufacturing Policy Peter Navarro published a lengthy report Thursday outlining several examples of voting irregularities that are “more than sufficient” to swing the outcome of the election in President Trump’s favor.

The 36-page report “assesses the fairness and integrity of the 2020 Presidential Election by examining six dimensions of alleged election irregularities across six key battleground states” and concludes that “patterns of election irregularities ... are so consistent across the six battleground states that they suggest a coordinated strategy to, if not steal the election, strategically game the election process in such a way as to ... unfairly tilt the playing field in favor of the Biden-Harris ticket.”

The six dimensions of voting irregularities in the report include: outright voter fraud, ballot 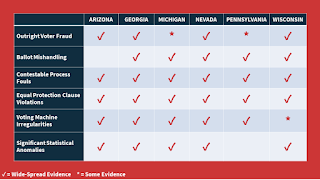 All six of those voting issues were present in at least two key states, according to the report, and a total of six battleground states experienced multiple examples of the other dimensions.

Several Republicans, including Senate Majority Leader Mitch McConnell, have broken with the president and conceded that Biden is the winner of the election. McConnell congratulated Biden on Wednesday, declaring that “the Electoral College has spoken.”