Expected -- and "we" seem to have no backup plan.   Shameful actually.

And see below, Zerohedge going to be a paid only "service".

I Can't Keep It Up (announcements)

submitted 3.8 hours ago by PuttItOut

It’s embarrassing but it’s true, I just can’t keep it up. I’ve tried meditation, I’ve tried prayer, I’ve tried reaching out for help. Some solutions worked for a little while but nothing has remedied the underlying issue. No matter what I do, I simply just can’t keep it up. I expect most will be disappointed and let down, while others will just point and laugh. So be it, it’s a problem every man like me will face at some point.

One thing is true though, while I kept it up, it was glorious in many ways. It was the hardest (website to corrupt with CCP rules), it was the biggest (bundle of laughs ever… 4chan raids us and we didn’t even notice), it was bulging (with red pills and truth that you can’t find anywhere else), it was throbbing (with people eager to teach others the deception of the world). It’s so great in so many ways that it has a list of haters who will be extremely aroused by this post.

I know I’m going to get a hundred PMs from all of Voat’s hottest girls (Voat has some hot women, fact) with tips and tricks on how to help me keep it up. While I appreciate the concern and the offers of lending me a hand, we’re just going to have accept the situation for what it is- it’s just not going to be much fun for anyone.

I fight not being bitter and resentful. You see, this wasn’t supposed to happen, at least not now. The short of it is that the “Angel” defaulted on the contract in March 2020. This is when Voat lost all of it’s funding. I personally decided to keep Voat up until after the U.S. election of 2020. I’ve been paying the costs out of pocket but now I’m out of money.

Instead of feeling pity or vengeful, I’m instead going to celebrate the fact that Voat stayed up for so long. In my opinion, Voat is and will always be the biggest dysfunctional family on the internet. Voat users were much more intimate with each other than other sites (chances are you have a handful of enemies and a handful of friends that you can list by name at a moment’s notice). Voat always had a better community dynamic than any other site on the internet. Considering everything, Voat was untouchable. There will never be another Voat and each of us had the opportunity to enjoy it. That’s awesome.

Some say life is worth it all if you can help just one single person. In this way I know Voat was worth it because you guys have changed thousands and thousands of people’s hearts and minds. You’ve made so many people aware of the lies taught as truth and the truth taught as conspiracy. It’s beautiful. What a great thing.

I love you all. Every single one of you. I hope you all have a life filled with overflowing joy and happiness. So many of you have been so selfless over the years, helping in so many ways. My heart is just touched when I think of all the good that was generated. Fucking love you guys (Say it in a slurred drunken voice).

Another great thing is that we stayed true over here on our end. Atko and I never betrayed our users. Never once. In fact, I can list example of example of how we ended up doing the right thing over what we wanted to do or what we felt like doing. I’ve come to find that doing the right thing is often the hardest thing. But we did it. We didn’t sell out and we passed the test.

I will lay Voat upon the cross on December 25th 2020 at 12 noon PST. I have chosen Christmas as the day to do so in honor of the only True thing you will find in this world and that is Jesus Christ, the son of God, and the only way to the Father. I chose 12 noon in honor of the twelve disciples who spread the message of salvation to the world. In this way, my hope is that perhaps 12 people will carry the cross for Freedom of Speech and sacrifice part of their lives for an ideal in the way I did, but hopefully with much more success, glory, and reward.

The Triumph of Defeat

It seems like a great time to share one of my favorite quotes, so I will leave it here.

It is not the critic who counts; not the man who points out how the strong man stumbles, or where the doer of deeds could have done them better.

The credit belongs to the man who is actually in the arena, whose face is marred by dust and sweat and blood; who strives valiantly; who errs, who comes short again and again, because there is no effort without error and shortcoming; but who does actually strive to do the deeds; who knows great enthusiasms, the great devotions; who spends himself in a worthy cause; who at the best knows in the end the triumph of high achievement, and who at the worst, if he fails, at least fails while daring greatly, so that his place shall never be with those cold and timid souls who neither know victory nor defeat.

For those who I’ve let down, please forgive me. I’m sorry Atko. I love you like a brother.

Dearly beloved, avenge not yourselves, but rather give place unto wrath: for it is written, "Vengeance is mine; I will repay", saith the Lord. Romans 12:19

I chose a noble death. 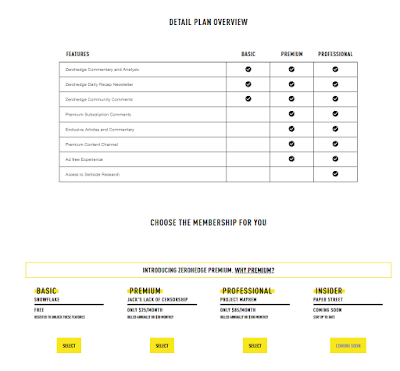