stock here:   This is clear cut, and quite sad.   And somehow I despise Jill Biden even more than Joe the "Little Robin".

Uh, and whats up with the large truck in the "Rose Garden"?    Biden is NOT broadcasting from the oval office, we covered that early one morning and is spread like wildfire to around 300,000 people that I know of and so millions were informed of this curious event.

Noted that subsequent videos of Biden were shot in a library setting.

Is Joe Biden wearing an earpiece?

Did someone tell him to "salute the marines"?

Is Biden so used to repeating what he's told to say, so he repeated, "salute the marines" (while ignoring the marines) pic.twitter.com/6I7RvMaFEn 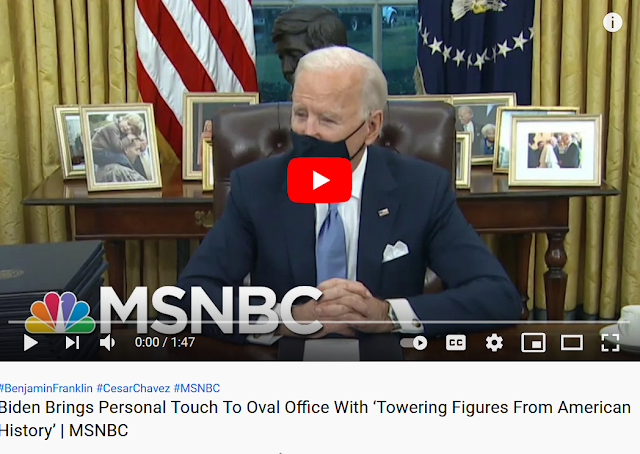