Georgia Shenanighans Explained, Overnight the Democrats got 3 votes for every 2 votes the republicans got.

Last night, shortly after midnight, Republican Perdue was ahead by 114,000 with 87% reporting in

And Loeffler the other Republican had an 85,000 vote lead.

Then by 2:48PM Eastern Time, After votes AGAIN were stopped counting....the democrats had pulled into the lead in both races.

The Democrat Ossoff 366,584 votes additional, while the Republican Perdue got 234,560 additional votes in that time span.

Now I called the whole thing weeks ago, as a bullshit narrative that it is "all about Georgia". 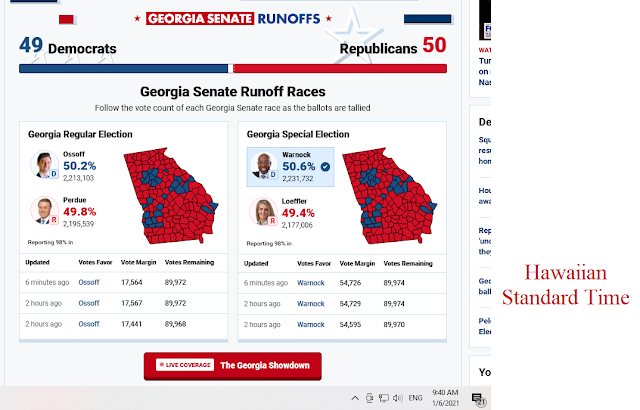 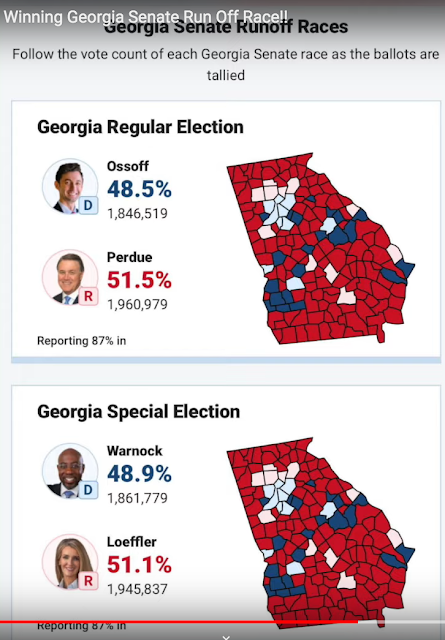