Homeland Security, DHS, Locks Down USA Until April 30th. They Are So Tone Deaf, The Telegraph The Real Plot and Plan 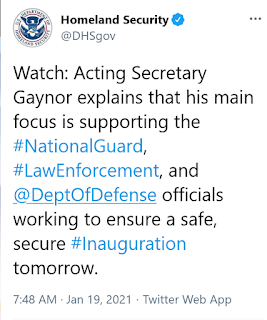 A "successful inauguration" -- seriously?   Any thinking people out there understand what this phrasing means? 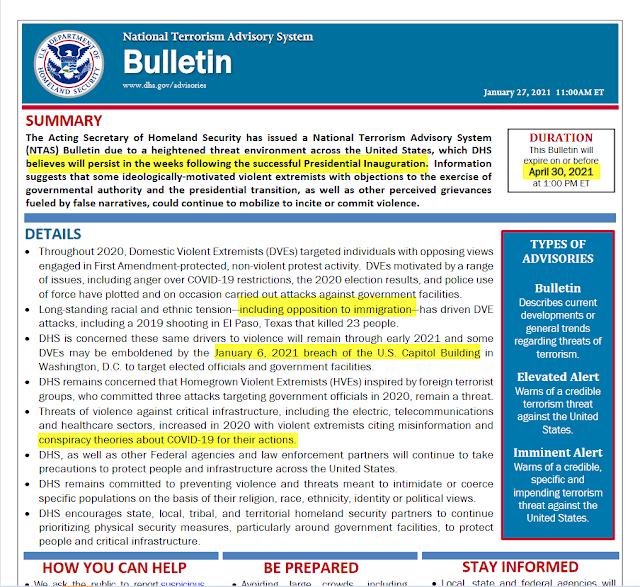 This may become an iconic picture, reviewed say 50 to 70 years later, similar to famous Hitler pictures. 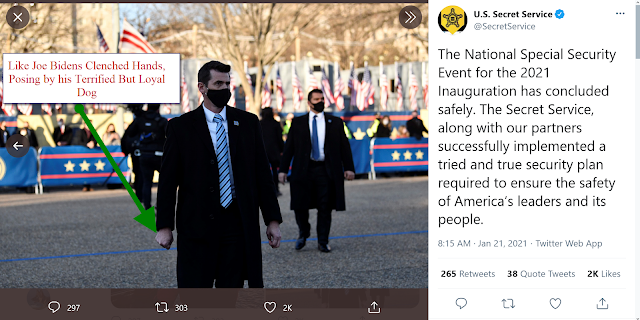 The Acting Secretary of Homeland Security has issued a National Terrorism Advisory System (NTAS) Bulletin due to a heightened threat environment across the United States, which DHS believes will persist in the weeks following the successful Presidential Inauguration.  Information suggests that some ideologically-motivated violent extremists with objections to the exercise of governmental authority and the presidential transition, as well as other perceived grievances fueled by false narratives, could continue to mobilize to incite or commit violence.

How You Can Help

Describes current developments or general trends regarding threats of terrorism.

Warns of a credible terrorism threat against the United States.

Warns of a credible, specific and impending terrorism threat against the United States.

If You See Something, Say Something™. Report suspicious activity to local law enforcement or call 911.