A Poignant Comment, So Aptly Describing The COVID Narrative, It Deserves to Be An Article All Its Own -- Here it Is -- Humanity On The Ropes 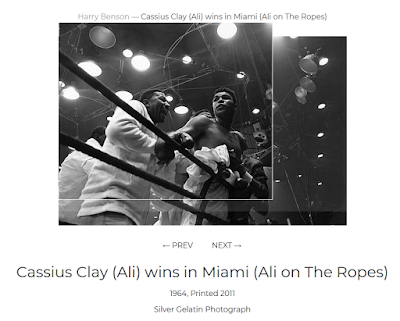 stock here -- do we get them to expend energy and expose themselves and WIN....or do they consolidate power and media control, and judicial and prosecutorial control.....and we get jack boot forever?

counseling caution concerning hazardous forms of material and|or radiation; advising of risks, the odds of death and injury given exposure; and, almost always, accepting or assuming fait accompli the step or steps already taken toward or onto that “slippery slope”.

In comparison to other virulent, ill-intentioned forces (e.g., 5G, food shortages, radioactivity in air and water, chemclouding, on and on), the COVID scamdemic seems like a gargantuan, skyscraper-tall water slide.

The moment you set your bottom down, dangling legs onto the smooth, glistening metallic channel that dips steeply down farther than the eye can see, then push off, relevant questions reduce to very few: How far? How fast? What do I encounter at the end of this “ride”?

Most of us – yes, I include myself – have worn a “surgical mask” on occasion during the past year or so. In the dialectic at that initiatory level, “facial diapers” pejoratively signal angry, reluctant compliance, subservience, submission. Some have silent graffiti giving voice to frustration – for instance, SCAM, HOAX – yet those wearing same have nonetheless covered their mouth and nose anyway. Having had to enter the “belly of the Beast” – the system of modern medicine [Big Med] – both on behalf of wife and myself, I have suffered the imposition of masking, the taking of temperature, and sing-song questions about signs and symptoms. When asked how I “feel”, I simply answer “Oppressed.”Along with masking came “social distancing”. A more direct, highly symbolic division among individual human beings seems difficult to imagine. Directing young men and women to different, gender-specific dormitories at least made hormonal sense “back in the day”. Whether fewer “unwanted pregnancies” resulted during the next four years of residence, I do not know. Enforcing the keeping of a prescribed distance away from other human beings, a daily ritual of constant separation, bespeaks diabolism.Then, as foreordained, described vividly through “predictive programming” over decades, we have tests for the “virus” and its inexorably inevitable mutant off-spring; we now have “inoculations” that do not work as “vaccines”, which, as no doubt do “chemtrails”, likely have a multiple aims and objectives, some obvious by inference, others dark secrets;
we have systems for the management of information and the corralling of humans, implying the guiding of those with the Mark of the Beast to one open-air pen, those without to another, the latter leading to the slaughterhouse, both fast and hard and soft and slow kills permitted, kosher or, more likely, not.I find myself still perched at the starting gate, way up high, gazing down and over the labyrinthine twinings of the “slippery slope” of the COVID caper.A scientist, I see no evidence that the “virus” ever existed. STEP ONE toward and onto the “slippery slope”: Assume the virus is real, deadly, or, at least, potentially lethal to some.As a chemist, I see no evidence the PCR test returns meaningful results. I do observe the malicious, hate-driven political, economic, social, and mass psychological manipulation of numbers of COVID cases”. STEP TWO nearing the “slippery slope”, take the official data and SPIN it for all it’s worth – one way or the other, keep people CON-fused, though kept apart.As an epidemiologist and risk analyst, I conclude, based on numbers of deaths over time and other indicators, comparing jurisdictions that do one thing or another in the name of public health and safety, The Power$ That Be (TP$TB) have deceived us superbly.
Boxing metaphor – we be on the ropes and, unlike Cassius Clay, too far gone to play “rope-a-dope” with the Adversary. STEP THREE, comply, submit, get a “vaccination ID”, a “vaccine passport”, enjoy a “new normal” for as long as you can.After all’s said and done, one would appear still to have a relatively good chance that the second “shot” won’t kill outright. Enjoy your ride on the skyscraper-tall COVID water slide! Process trumps outcome.
A Handful of anti-trumpists have stated that this photograph proves that Trump was on the Lady Ghislane (Maxwells boat) and that he like everyone else was blackmailed by activities (sex with underage girls) there.    Only one source, citing a 2016 Daily Mail Article, alleges that this photo is on the Lady Ghislane.  The low ceilings are curious, and they look shabby, not like what I would expect on a mega Yacht.  It does not look like a boat setting to me though. 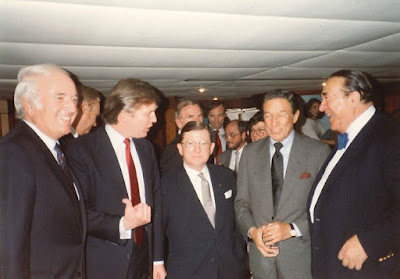 Interesting video on the Lady Ghislane, with Ghislane giving a speech after her father's body was discovered.   He went missing while the boat was moored.
https://www.itv.com/news/2020-07-07/archive-footage-shows-maxwell-on-board-the-yacht-lady-ghislaine-after-her-fathers-death
And here I will just drop all the pictures I found of the Lady Ghislaine, The Dancing Hare,and the Lady Mona C 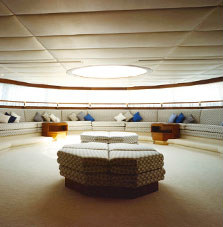